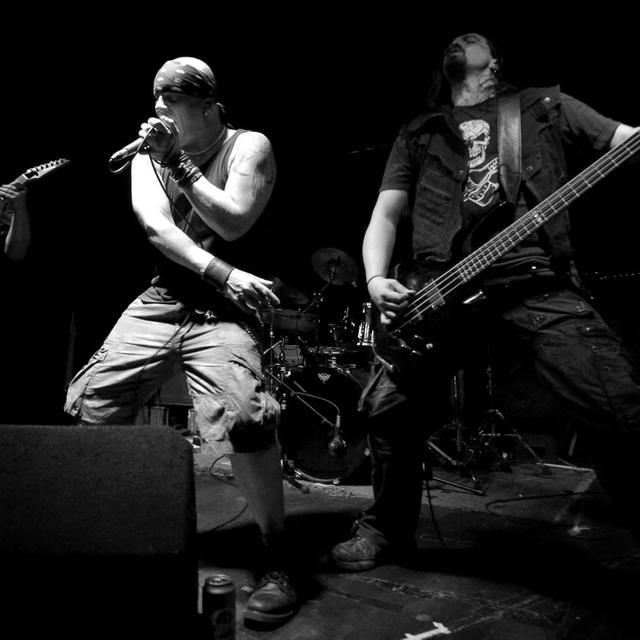 Khaidian a, melodic, geosynchronous, sub-orbital djent-step from London, who have chuggs and bleeps and the odd catchy chorus, are currently seeking a drummer. If you are interested please get in touch via contacting me personally, or through the bands FB site.

A small sample of an overview of Khaidian’s track record to date:

- A List of bands we've supported include: Kill II This / Pyschostick / Cypher16

- Progress Wrestling has used an exclusive version of our track 'Trigger the Landslide' in both their online presence (see below) and at events.

In addition we also have:

How To Write A Tune Podcast Interview: https://howtowriteatune/2016/07/13/episode-46-khaidian/

“Characterised by technical skill – both in sound and execution, Khaidian’s EP ‘Reflections’ is a taste of things to come from London-based metallers’ forthcoming full-length album. Khaidian combine technical perfection of modern metal lead by a seven-string guitar with edgy, naturally used bits of electronica and marching rhythm section – the components that fuse into a thunderous, threatening, solid offering with monstrous powers hiding in its depths. Well-structured, layered tracks find it easy to drop to melodious calmness from massive guitar onslaught within a matter of seconds and powerful vocals switch registers from cleans to growling equally seamlessly. ‘Reflections’ will fill the whole space with itself once you hit the Play button and will remain pulsating in your ears long after you hit Stop.”
Olga Polomoshnova - Rock Britian

“Khaidian, some sweet prog with a little touch of electronic. New EP released, check them out! FFO: Sybreed / Circles”
It Djents

“You guys are very tight and your music has a lot of potential. Keep it up bro \,,/”
ICS Vortex (Arcturus/God of Atheists/ex-Dimmu Borgir)

Cheers for the time !

Khaidian own all their own gear. Too extensive to list.

The hopeful drummer to be, will require their own kit plus transportation.