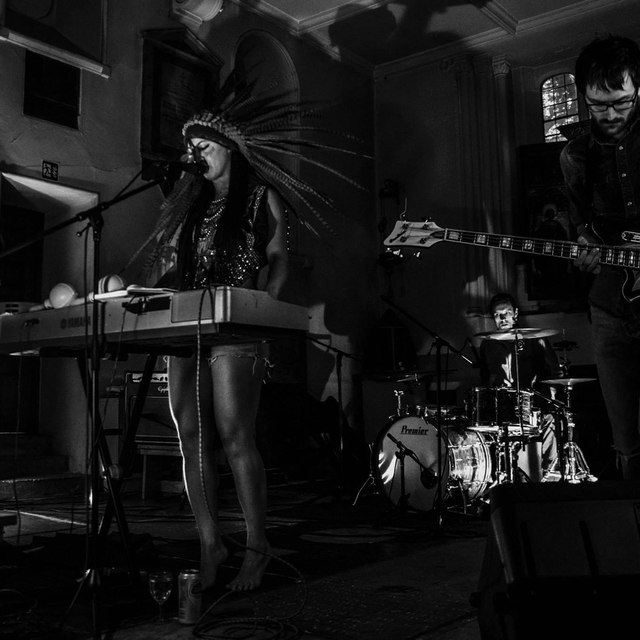 We tend to play shows in London once every month or 2, and also have a big thirst for touring abroad. In the past 2 years we have toured the mid-west of USA, North France, Belgium and Germany and plan on doing much more. Our European tours consist mostly of 3 shows at a time on Thu, Fri and Sat nights so as to allow as much time as possible for everyone’s work schedule.

Our next big show will be the EP launch at the Borderline (Soho) on October 29th so if you see this in time please get in touch as we strongly suggest that you come and check out the band live to see how we operate in a live format.

The band formed in 2013 and to date we have released a full length debut album, ‘The Art of loving’ and a follow up EP, ‘Ghost in the Machine.’

We are an extremely hard working band and whilst we don’t require or expect someone to give up all or even most of their time to the project we do want to find someone who can give us 100% commitment towards forwarding this project and also someone with an enthusiastic and positive attitude/head space.

It will be important to learn the songs and parts we already have, however, writing new material is also very important to the band and we are always creating so there will be a lot of room to express yourself artistically on new material. We want you to become the 4th part in our machine, and not just a session musician filling the spot

Please don't hesitate to get in touch for any queries

Already having garnered support from the likes of Amazing Radio, BBC London introducing, Clash Magazine, Artrocker, Hypetrak + and having previously ran their own successful London DIY open mic night “Cable Street Electric”, Jingo are anything but short of valuable influence and the evidence speaks for itself. Their first live show saw them supporting Blur’s Graham Coxon, last years album release coincided with a US tour alongside friends, Not Blood Paint and they have now done tours throughout North France, West Germany and Belgium along with a sold out single launch at London's Old St Pancras church. Their latest EP will be launched at the Borderline in London on October 29th

Jack Buckett and Joe Reeves met Katie (now) Buckett in Brooklyn, New York, before luring her back to the bright lights of East London. On returning to the big smoke, along with the new addition to the rhythm section, Nima Safai, they have found themselves drawing influence from BRNS, Not Blood Paint, Interpol, Wolf Alice, Jeff Buckley, Prince and Lana Del Rey to create their vivacious, driving sounds.

"Exciting times ahead and deserved recognition for this hardworking, hard gigging and very talented band. 4/5"
ARTROCKER

"armed to the teeth razor sharp attitude and unforgiving hooks - is not recommended for the faint of heart."
GIGWISE

"Ghost In The Machine’ is anchored by Katie Buckett’s mesmerizingly affecting vocals and JINGO’s gradually enveloping instrumentational crescendos."
GOD IS IN THE TV ZINE

“The dark and passionate track is a spellbinding, fierce offering off a forthcoming EP.”
I HEART MOOSIQ

"Angsty, melodic brilliance. They're a no nonsense act that fill the void left by the wimpy, foppish haired indie acts of late."
FHM

"Jingo have the potential, to re-invent the wheel."
LOUDER THAN WAR

"Katie’s powerful, entirely unflappable and very Bat For Lashes vocals have you hanging on every beautifully crafted word"
GUESTLIST

"earth-shattering, seismic vocals and music to match."
THE SOUND OF CONFUSION

"the feistiness of the vocalist Katie that reminded me of those awesome gals like Alison Mosshart and Leila from Duke Spirit. A Large Dramatic sound"
7 BIT ARCADE

"Listening to London's Jingo is a bit like listening to a rockier Portishead with Beth Gibbons being force-fed steroids."
SOUNDS XP