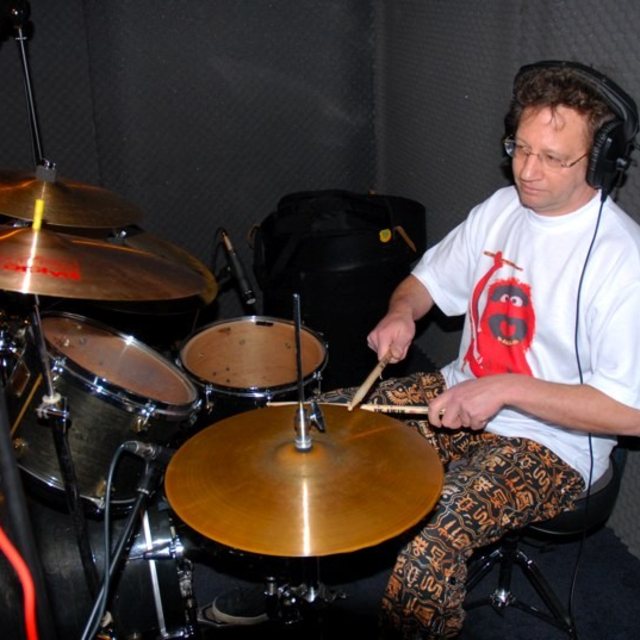 Updated Feb 2018. Live audio tracks listed (mistakes and all). These are a collection of folk, African, Jazz, Rock and a cover number. Experienced drummer available for band or deps. History includes rock clubs, festivals, radio and theatre, 3 to 20 piece bands. Good musicians with a professional approach only please. All styles from rock to reggae but prefer music with some sort of soul, good arrangements, grooves and dynamics. Good gear and memory. Based in Marlow, Bucks. Contact via profcon AT (substitute @ for AT in email address). Also on (look for the icon of me playing drums). Thanks from Jim Lassen

Tower of Power, Incognito, Peter Gabriel, Bob Marley, Police, Little Feat, Humble Pie, Maceo Parker, Matt Schofield, ELP, Frank Sinatra, Chilli Peppers plus most other stuff (but not Boy bands, Punk or heavy metal). Plus too many others to mention of course!

Does the High Wycombe area have any good funky musicians or is it just populated by classic covers and modern alternative rock outfits?