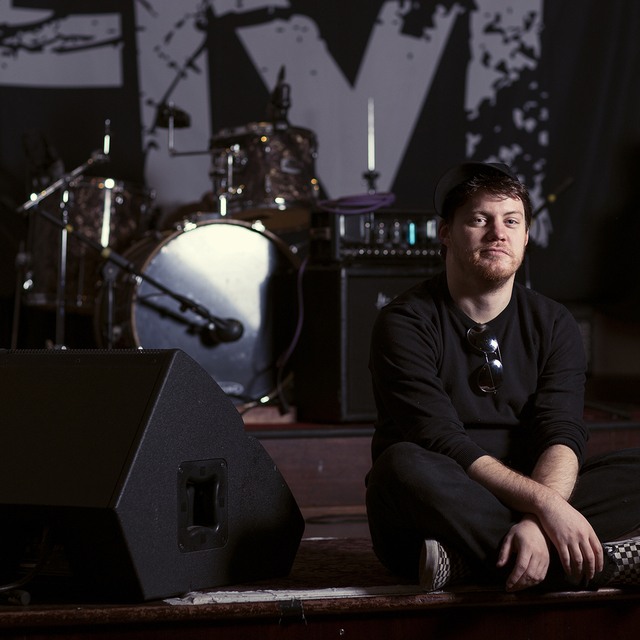 My name is Jay, I'm a hard rock guitarist and song writer living in Croydon.

I'm looking to start a Hard Rock band with a metal edge - the last time I had to explain what I was aiming for when I started my current band was - imagine Guns and Roses/sex pistols/Motley Crue covers played by Stonesour through Metallicas stage set up.

Hard rock with a punk attitude with a Metal edge

To give you some background on me - I used to run Jersey's Music shop where I became the leader and founding member of FlashMob - one of the Channel Island's biggest Rock acts.

My knowledge of guitars and band equipment is extensive and combined with my degree in Industrial design this allows me the ability to mend, maintain and improve my equipment as well as design album covers, banners and merchandise. (get a look at some of my work at www./flashmobjersey to see how I have done so far.) I also have a talent for video and video editing.

I've trained myself (with the help of my brother) in home studio practices and I am happy to send Demo recordings I have made at home on request. (my soundcloud needs a serious update)

I have also gigged extensively with functions bands and in a pub rock capacity as I view this as paid practice (and just great fun).

When I set out with FlashMob my aim was to write some cool music, hear a few crowds singing my music back at me, become an established force to be reckoned with on the local rock scene and headline some of the Channel Islands local festivals - an aim we achieved last year.

Unfortunately through a series of personal reasons the band came to a grinding halt a year ago when we lost 2 members and that left me thinking that a move back to London (where I went to uni) was on the cards. Unfortunately FlashMob has had its day now, we have been limping on with new members - but the band just isn't the same. (I'll explain all of this over beer)

I'd like to start over with the same aims in London - become an established local rock act, headline some cool gigs, record and sell some music, and try and push onwards and upwards all the time - I'd like to really try and make a success of this new band and see how far we go while we have some fun.

To give you a taster of what FlashMob was and the kind of thing I would like to do:

This is our opener at Chaos when we headlined the Sunday night.
https://www.youtube/watch?v=nCWzy_wsjDo

This was the 2014 set we did at Guernsey's Chaos Festival before Therapy?
https://www.youtube/watch?v=B7jjlQWnzpU

In this video I'm the Flying V
https://www.youtube/watch?v=8LbXujBNjOs

All the original songs performed in these are written by me and that is the style I tend to lean towards.

If this all seems like something you might be interested in getting involved with then let me know by email and get me on and we'll meet up once I arrive in January - search Jay Du Heaume to find me and if that doesn't work go through www./flashmobjersey or email me back on jayduheaume@