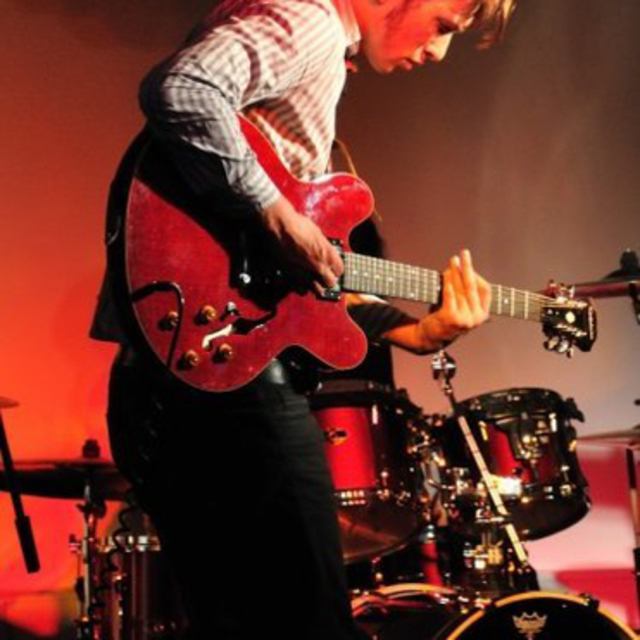 Hi, i've just moved up north from london where i've been a professional musician playing lead guitar in a covers band for the last three years.
Now living in Stockton-on-tees and looking to meet any other musicians for gigging, recording, writing or just jamming.

I'd be interested in meeting any singers or songwriters who would like to collaborate in recording, writing or forming a band. I would also be interested in joining any cover or original bands who are looking for a guitarist, drummer or bassist. I have all necessary equiptment, my own transport and the basics of a home recording studio.

I don't limit myself to any one style of music and have played in a wide range of bands: lead guitar in a pop/rock covers band and an original rock band, acoustic guitar in a folk duo and a ceilidh band and drums in a heavy rock/metal band, a jazz big band and a funk/folk band. I have also written and recorded soundtracks for short films and radio plays. I've written and recorded my own stuff (mainly with a female singer)in various styles (folk, funk, rock) and produced some electronic/dance music.

I mainly play guitar but i can play drums (grade 8) and have done gigs professionally as a drummer. I can also play bass and harmonica and piano/keyboards to a basic level. I have done evening classes in sound engineering and have experience recording and producing tracks. I have plenty of gigging experience(at least one a week for the last three years).