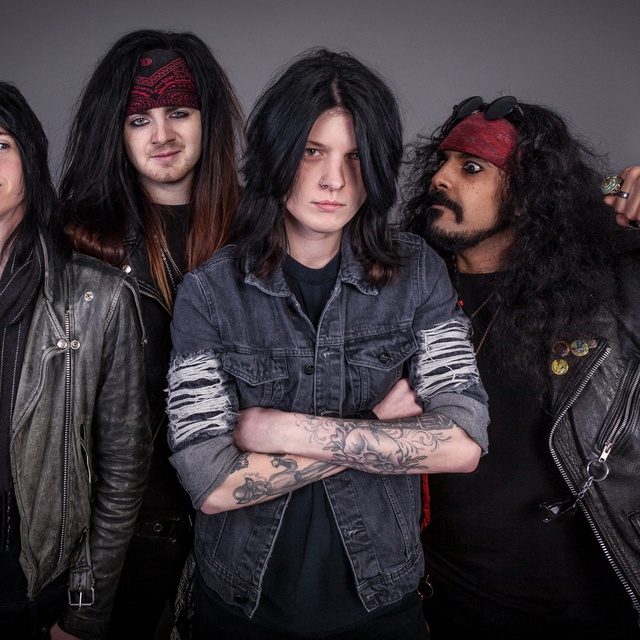 'Guns of Anarchy' is a Watford based melodic hard rock band formed in early 2013 by Lead Guitarist Ollie Tindall and Drummer James Norkett after a chance encounter outside a local nightclub. Having a shared love of all things awesomely rock they started laying the foundations of future songs to come. In August of the same year they came across a young Bassist called Alex Gifford, wasting no time, they drove down the highway to hell and snatched him from his peaceful slumber in leafy Biggleswade.

Shortly after they adopted the services of Rhythm Guitarist Martin Vadhia. Hired not just for sharing a striking similarity to ex Guns N’ Roses guitarist Slash, but also for his showmanship after having seen him dart into the audience and unleash a mind melting guitar solo amongst the shocked crowd.

The duo now turned foursome continued to fine tune their hard rock inspired sound. With a repertoire of songs, the beast was officially unleashed! having already opened for Guns 2 Roses, Meansteed, Damm Dice, Skid Raw and New Generation Superstars, the wheels are very much in full motion for this rock n’ roll train which won’t stop 'til it hits a town near you!

Give me a shout via e-mail j.norkett(at).co.uk or even on our page

We have it all!