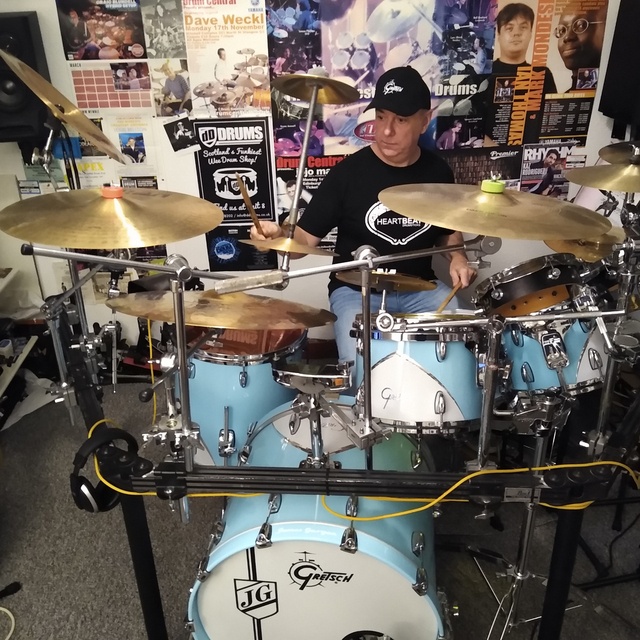 James is currently looking for a band (April 2021) who regularly undertakes concert or function gigs. Apart from heavy metal or prog rock, all other genres considered.
James is comfortable either playing live performances and or in a studio environment.
After a musical career spanning nearly 40 years James has had the opportunity to record and play live gigs with the finest of musicians around the world.
With over 15 albums to his credit and numerous television and radio appearances, as well as several major tours including North America, Middle East, Thailand, Uganda and Europe, his experience speaks for itself.
Discover Drums" drums school, based in the St Andrews area, has been going for over three years and James is very passionate about supporting the local drumming community.
James has attended study with UK drumming legend Mr Steve White,
In January 2019 James received distinction from University of West London: London College of Musical Examinations for performance in over 250 practical exercises, graded exams and theory tests.

James has also attended a week of further studies at the famous "Freddie Gee Drum Academy" having studied with some of the best drummers in the business.