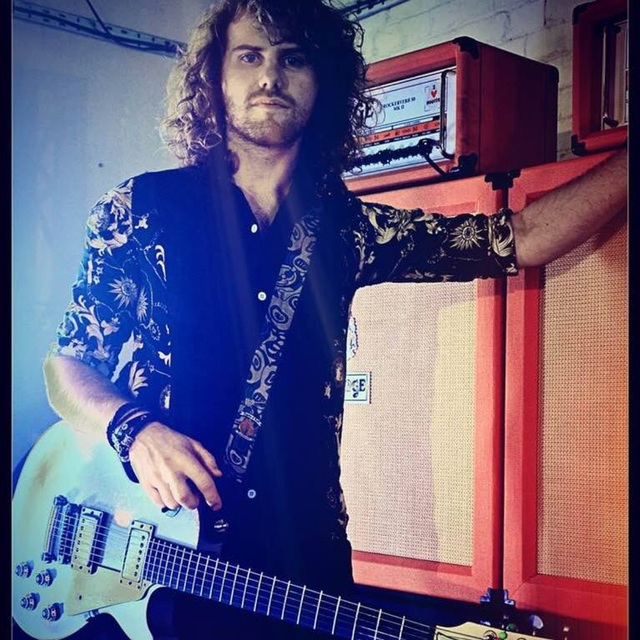 My name is James Ready, 24, located in Diss Norfolk.

(I am able to drive and transport gear so distance is not a problem.)

Despite my age, I am an extremely experienced guitarist with a professional work ethic, specialising in Performing, Writing, Teaching and recording but am now looking to branch out further as a Session Guitarist.

I have sessioned on numerous projects before, but most notably on the 2014 Help for Heroes charity single – “I wonder where he is now” featuring numerous musicians including myself, Gary Chilton of “The Soldiers” as well as Russell Gilbrook and Davey Rimmer from Uriah Heep.

This song can be viewed here - www.youtube/watch?v=yejXIUXfEic

I have previously toured with and worked with bands Status Quo, The Darkness, Black Stone Cherry, Slade
and with members of classic bands Whitesnake, Rainbow, Mr.Big, Uriah Heep, Thunder

I work in a very dedicated and professional manor, giving 110% on every project that I am involved in. Previous bands/artists as well as producers and studio engineers that I have worked with have all been very impressed by my work, attitude and attention to detail, particularly with all the pre-production work that I do before coming into a project.

I am a versatile player, however my most fluent and “specialised” playing is within the Rock and Pop genres, (Acoustic and Electric) but I am open to all genres and styles of music.

As already mentioned above, I am also a keen writer.

Having worked with many songwriters on a small and large scale has greatly developed my skills and matured my song writing ability.

-I have a vast knowledge of chords and scales and can improvise to an advanced level.

-I am also an experienced backing vocalist and am able to sing as well as construct and notate vocal harmonies.

-I am very comfortable and experienced with click/metronome practice.

-I can read chord charts and Tablature to a very advanced level. Notation isn’t my forte but I can read to a certain degree.

Not that I feel it’s particularly important to something like this, but I am also qualified to grade 8 standard on both electric and acoustic guitar. (This just hopefully gives you confidence in my standard of playing)


My experience within studios is extremely vast, having worked in very big studios all the way down to small home recording set ups.

Here are the main studios that I have previously worked in:

To hear other examples of my work, I play in my band Walkway – www.officialwalkway

This is also a link to my Youtube page where you can view my cover versions of various Guitar solos and songs.

Here you’ll find a bit of everything from Bob Marley to Lionel Richie to Slayer to Gary Moore!

Many thanks for viewing my profile!

I hope that this gives you enough information about myself and what I can do. If you require any more information then please don’t hesitate to ask! And of course if you have any work that you feel I might be suitable for, then please give me a ring!

Genres
All genres of music listened to and drawn influence from. Particularly Rock and pop Genres

I have a very broad range of professional and reliable gear which can be used for recording. I like to think I have something for pretty much any situation:

As well as numerous transistor amps.

An array of effects pedals

I also have various friends and contacts where I would be able to borrow certain other bits of gear which could be suitable for a job e.g. Gibson ES-335 etc…