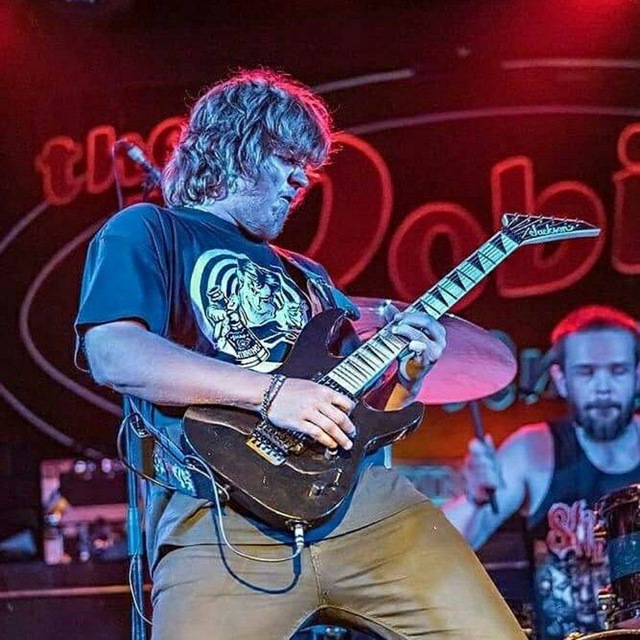 I been playing guitar for over 13 years now and has progressed through all of the grading examinations, practising his craft, style and those incredible faces he pulls.
Jack currently works across all musical pathways; he is writing, recording and mixing his own EP, touring the debut album from Powderhead, “Don’t Let Them Win,” teaching students and is one half of the duo masterminds behind Moat Cottage Covers.

"Review"
"It’s not all fury though as one of the outstanding tracks happens half way through the album giving a real change of pace in ‘Forgotten Line’, the album’s sole ballad. Far from being something that is thrown in just for the sake of it, the track is a welcome change from the full-on tempos and adds some real colour to the cd. Not only does it really let Helen’s vocals shine but contains an epic and soaring guitar solo by Jack Lawson"