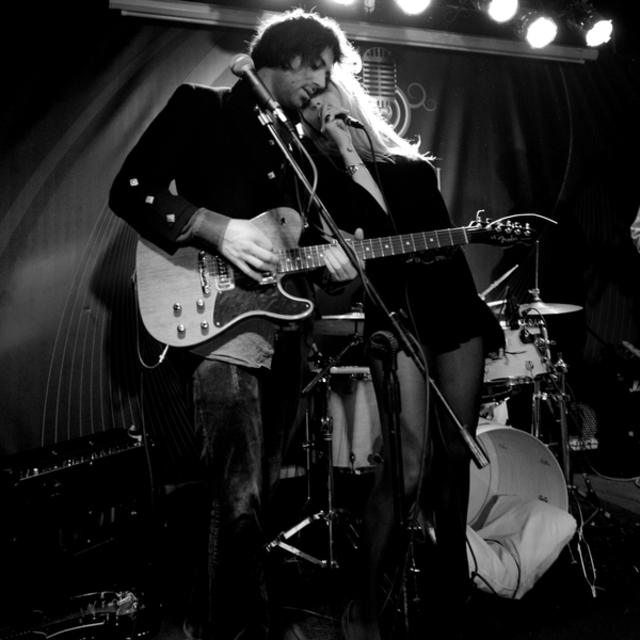 5 piece Rock band .
Moving to Brighton in the next week.
Unfortunately are current bassist is not able to move with us.
They have been described by Dom Letts 'Radio 6' as "The Libertines meets Amy Winehouse, Meets White Stripes."
The band have an eclectic blues rock sound with a fantastic amount of energy & "great stage presence".
They are a good looking young band with a "vivacious & captivating lead singer" . (Oxford Mail)
Bio is attached.

Commitment is key.
Between ages of 17- 27
Own gear (bass, bass amp etc...)
Who has been playing minimum 2 years.
Based in around Brighton.

Look forward to hearing from you. x

Bio
In Zanadu is one of the most exciting new bands to come out of the Heart of England.
This creative and innovative five-piece outfit is set to be the next best thing in live shows and recorded performance with ambitions to become a long-lasting and influential UK musical presence.
Gathering influences from all kinds of music from all corners of the world, the songs written, arranged and performed by In Zanadu are catchy, thought-provoking and memorable.
Lyrical, clever and well-composed, these musical nuggets are brilliantly performed and sung by the amazing vocal pairing of Ulysses Wells and Amelia Kate Sampson.
Backed by the third elemental member of the band, keyboard and trumpet player Romilly Wells, the numbers are great for listening and form an impressive In Zanadu repertoire for dancing, festivals and gigs of all kinds.
The band has already enjoyed the contrasts provided by thrilling audiences of over 15,000 on a European tour and the satisfaction of popular weekly appearances in Londonâ€™s more intimate music clubs and bars.
Busy in the studio during 2013, In Zanadu has been recording a series of numbers using the technical and musical skills of some of Britainâ€™s top producers including John Robinson (Morcheeba, Joss Stone, Grace Jones, David McAlmont, Plan B, Rhianna, Tom Fuller (Ozzy Osborne, Mumford and Sons, Hooziers) and Gavin Backhouse and Nick Southwood (Overtones and LilyGreen & Maguire).
The structure and foundation of the tracks have been crafted by songwriter Ulysses Wells but each is given the personal touch of the other band members to give the music In Zanaduâ€™s distinctive sound.
The music is anchored by riff-heavy, bluesy lead guitar, given a unique added touch by Romilly Wellsâ€™ melodic trumpet sounds and backed by the bandâ€™s talented bass and drums session players.&#8232;The stunning pairing of the vocals of Ulysses and Amelia Kate Sampson are added to this recipe to provide a spectacular, original and hugely attractive musical creation that has won In Zanadu legions of fans all over the UK and Europe since forming in 2010.
In Zanadu was described by Dom Letts of Radio 6 as The Libertines meets Amy Winehouse meets White Stripes. Reviews have commended the band for its â€˜great stage presenceâ€™ â€˜vivacious and captivatingâ€™.&#8232;The band is based at Bailes on the Oxfordshire Warwickshire border. To contact them email HYPERLINK "mailto:in.zanadu@.co.uk" in.zanadu@.co.uk or Ulysses Wells on 07969 470525.