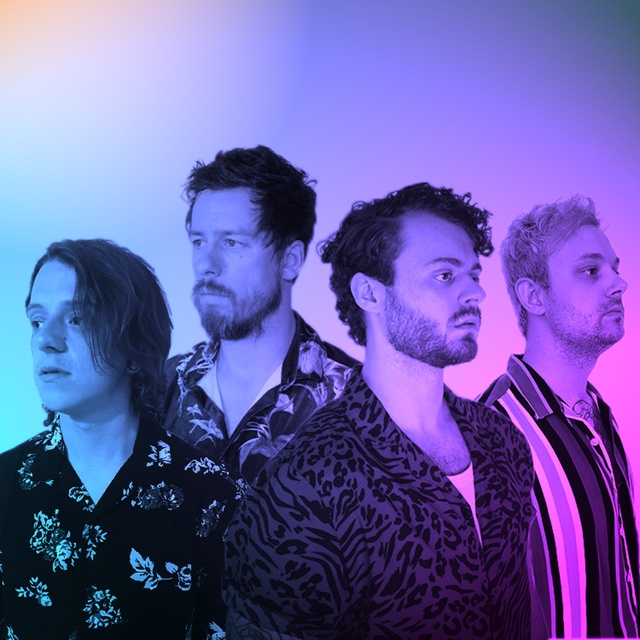 Founded in Buckinghamshire in late 2019, Hounds Haul started as the outlet for years of accumulated work by Frontman Adam Bosworth. Adam had been honing his songwriting skills from his bedroom for years and by 2019 felt the time was right to release his hard work to the world. Adam felt that a band would more suit the sound he was looking for, so went in search of like minded musicians to help bring his work to life.

Their eclectic taste helped flush out Adams initial ideas and create a sound they can call their own, being described as ‘synth based indie rock with a big goth tinge’.

By the end of 2019 the band released two self recorded singles, Red Sycamore and Capitol, both receiving plenty of local radio play. This helped the band to carve out a local fan base and be considered ones to watch in 2020.

The band has been working with legendary local producer Ben ‘Faz’ Farestvedt on their debut studio release ‘Riviera.’ RIVIERA will see a release later in 2020.

“You can really hear how strong this band is! They absolutely own that song (Riviera) and make it something that is instantly identifiable.” - Danny Fullbrook, BBC Introducing.