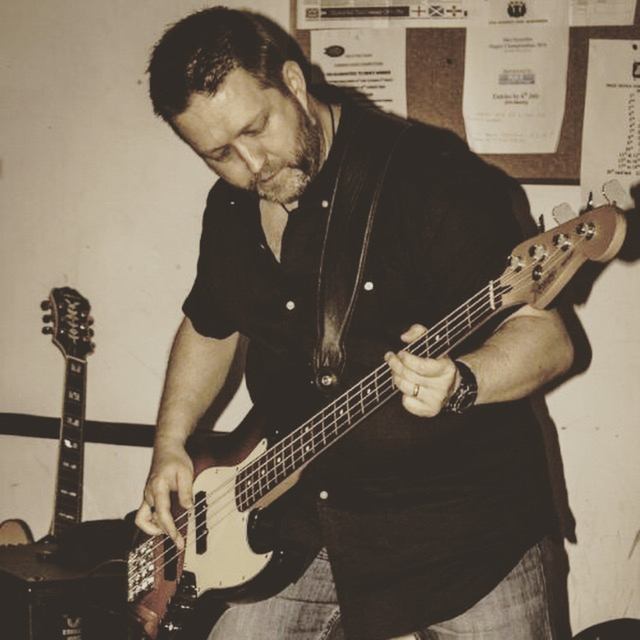 Hi there, Thank's for checking out my profile.

Played quite a bit in my late teens then took a break for a good few years before returning to it. I played in a 3 piece Heavy Metal instrumental band called Firestorm for a couple of years which helped to improve my playing and have played in a few rock covers bands since then. Currently playing in Half Built House.

Love playing but hate band issues and folk not learning what they should for practice. If say your gonna do, do it.

Other than that, I am an easy going sort of guy and I get a lot out of the simple things in life, family, friends, good music, good food and good drink.

Screen name:
Graeme Mitchell
Member since:
May 05 2008
Active over 1 month ago
Level of commitment:
Committed
Years playing music:
20
Gigs played:
Over 100
Tend to practice:
1 time per week
Available to gig:
1 night a week
Most available:
Nights

Pretty much anything! If it sounds good, I will listen to it. I am not a music snob and do not stick to any particular genre. Groups and artists on the ipod just now would be the Foo Fighters, the Chili's, Bruce Springsteen (a lot of his solo stuff), Motorhead, Razorlite, Green Day, The Zutons, Jack Johnston, The Eagles, the Fratellis, Arctic Monkeys yada yada yada.....

Fender Precision and Fender Jazz played through a Markbass Amp and Cab.