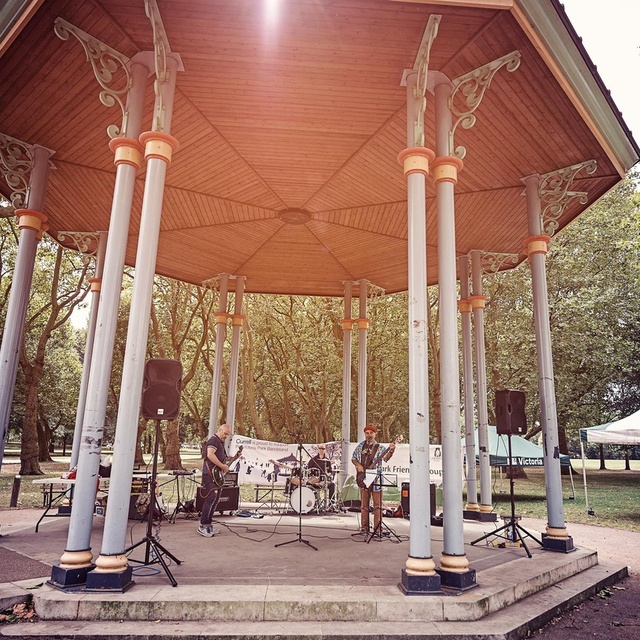 Hi Everyone,
Guitarist with experience in a number of covers bands, mostly playing rock, blues. pop covers.
The band i’m In is currently looking for a (probably female) vocalist for a band that will rise out of the ashes of a previous one. It won't, I’m sure, sound the same and we will be delighted to try out some of your favourite songs.
We aren't planning to play a huge number of gigs, so we could easily be your fun side project.
BTW - Thanks to Paulius Barkauskas for his great pics of the band at our gig in Victoria Park a few years ago.

The band plays covers from the 60s to “quite recently” and we like taking our own spin on modern songs, although they tend to end up with a bit of a rawk feel to them after we’ve messed with ‘em.
My own influences include Hendrix, Angus Young, David Gilmour, EVH - and others, but I and the band have quite eclectic tastes overall.

Various guitars, but currently favouring PRS Custom 24 and Gibson SG.
Gigging with Hughes & Kettner Grandmeister Deluxe 40 but I have a few others for the right mood or occasion
Portable 500W PA