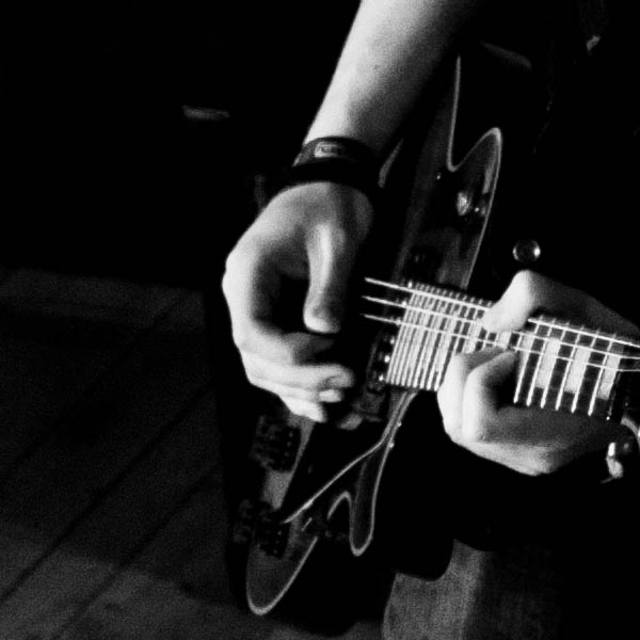 I've been playing electric guitar since 2007, having started with rhythm guitar and then moving up to lead after about 2 or 3 years. I've always been playing live since about 6 months of playing, having been introduced as rhythm guitarist in the band at my local youth group before taking on lead both there and at my church.

My playing style is heavily influenced by classic rock and blues, and is pretty basic in all fairness. I'm not the kind of guitar player that will shred for 20 minutes, you'll rarely see me finger-tapping and never see me sweep, I'm all about proper solid rock 'n' roll. I keep quite a large pedalboard, but I use it sparingly to produce a raw and expressive sound, much like the material I write.

I want to start (or join) a band with like minded people, who have a burning desire to make music that's fuelled by passion and energy that comes from somewhere inside, not from a man in a suit who writes the cheques. I want to be part of a band that makes no compromises, that works as a TEAM where no one gets a higher share or holds the flag on their own but the music binds tighter than a contract. To hell with all this mass produced, pop-punk, glam-metal, screaming, pretty boy rubbish. The sound in my head is that of "simple" but brutal drum beats, pounding bass lines, powerful rhythms and expressive, singing solos with vocal lines that'll carry the voice of a generation lost in the noise of what the music industry has become.

Mostly classic rock and blues, with a few modern rock bands in the mix too. Classic stuff including players like Jeff Beck, David Gilmour, Gary Moore, and bands like Guns N Roses (AFD days), Aerosmith and Bon Jovi. Some modern bands of choice include Daughtry, 3 Doors Down, Alter Bridge and Black Stone Cherry.