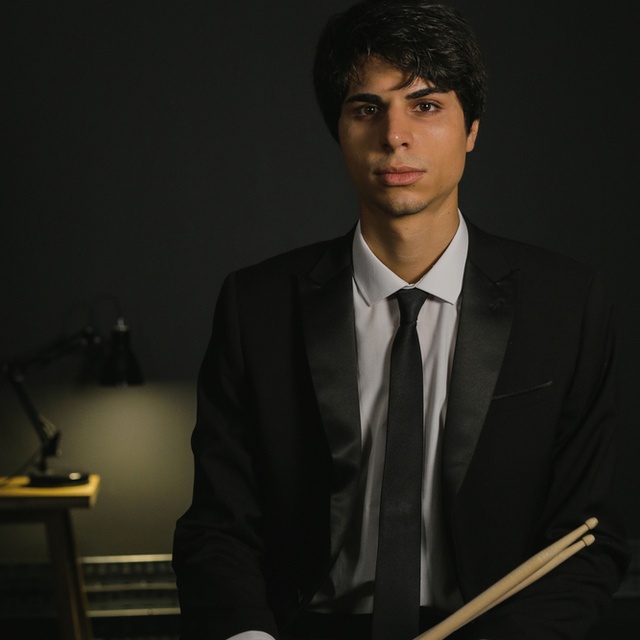 Hi,
My name is Giulio Bardi, I'm an Italian hardworking, versatile and committed session drummer with dedication and ability to work independently and collaboratively.
I study music since the age of 9; I started with guitar and drums, also playing percussions in a classical youth orchestra called "OfficinaMusiké" as well as singing for three years in a classical school choir. I played drums and percussions in the musical “Little Shop of Horrors” on stage at “Teatro Nuovo,” a theatre in Turin. With a percussion ensemble, I participated in and won the 2011 annual edition of "Turin Live Festival," a cultural, artistic event for young and promising artists, in the percussionists' section. In 2014 I played drums in the orchestra that performed the song "Bella Ciao" in memory of the fascist massacre of 18 December 1922, in “Piazza XVIII Dicembre” in Turin. I was involved with different projects and gigged quite frequently in Turin. I've performed regular freelance work in London in differente venues, such as: The North London Tavern, Nightclub Kolis, Mandarin Oriental Hotel, Nambucca, The Spice Of Life, Numbersixbar, St James Church (with Sofar London), The Monarch, The New Cross Inn and others.
I have experience with softwares like Logic Pro and Sibelius, can easily sight read charts and have BVs and live arrangement experiences.
I am available for sessions, functions, tour, cruises, live and recorded music.