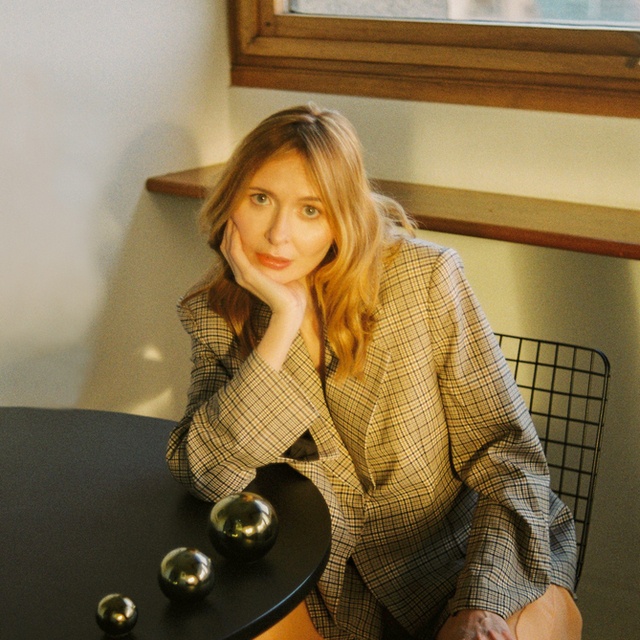 Genevieve is singer/songwriter and singing teacher
born and raised in London. Educated in jazz, her sound animates layers of melody into elaborate compositions. Eloquent lyrics combined with empathic vocals tell stories with sincerity. Orchestral arrangements and vocal harmonies place her somewhere between synth folk and chamber pop, a complexity of sound
with a rich and undulating intensity.
Genevieve’s musical acumen was apparent from a young age. Her earliest memories recall singing along to classical music as she sat with her father. A household backdrop of Van Morrison, Prince and Destiny’s child provided a diverse landscape of musical influences which she later honed to Jazz. The adventurous harmonies, experimental percussion and storytelling of the genre ignited her passion, so she went on to pursue it as a course of study, gaining a degree in Jazz from
Middlesex University
The great jazz musicians of our time as well as singer/ songwriters like Joni Mitchell and Nick Drake influenced the development of her unique sound as she carved a niche to call her own. Genevieve writes with a “hunger that needs satiating”, “painting lyrics” in experimental patterns. At times her voice commands power, sometimes it haunts and echoes, others it softens to something more delicate. An emerging artist but an academically accomplished musician she meticulously crafts
her sound.
Genevieve’s creative vision plays an important role in carving an authentic identity, her sound deserving a comparable visual artistry to support its expression. She worked with ex-fashion designer turned director/photographer Marion Bergin to develop an art-inspired aesthetic that complements the music
with visual eloquence.
This year sees her release three singles, each one a powerful standalone piece. Her first single “Dreams” is brought to fruition with a 16mm music video shot on location at Barbican
and directed by Marion Bergin.