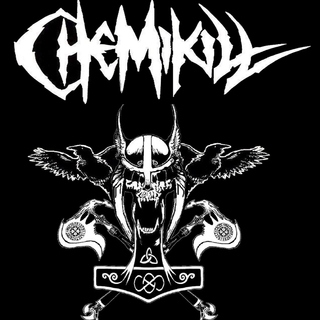 metal band CHEMIKILL
at the moment are on the look out for a new DRUMMER asap our influences are black sabbath , judas priest ,motorhead, metallica ,pantera , lacuna coil ,otep avenged sevenfold , trivium ,disturbed ,and many many more ect
we only gig once or twice a month and rehurse every sunday , and have been put in a dilemma of being with out a Drummer so would you be interested in playing Drums for us were all very easy to get on with and just wanna rehurse , gig and just want to get up there and play and try to get into playing bigger venues and support bigger bands every now n then and record , but check us out n see what you think bands supported and shared the stage with are WOLFSBANE , BEHOLDER , DELAIN, WYZDOM ,EX LIBRIS , RAVEN , GIRLSCHOOL , TYTAN, JAMESON RAID , ENEMO J , HARMONIC GENERATOR, MARTYR DE MONA , HOSTILE , CAPTAIN HORIZON , The audio trax on this site show both male and female versions of various songs just to show both sexes can do the chemikill music
www.chemikill.co.uk

all the best gaz