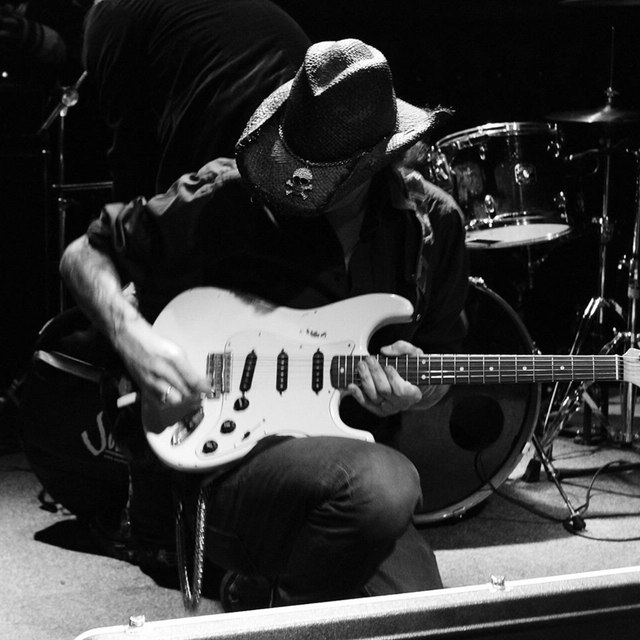 Hi all, I'm a guitarist who, after spending 10yrs running a rehearsal space in Los Angeles, has returned to the UK. While there, I played with many bands, did a great deal of session work, played all the famous venues (except the damn Whisky, that will always annoy me, lol). I made great connections and met and played with a lot of my heroes, all in all, lived the dream for a while, it was an experience that was phenomenal, and made me a much better musician, and gave me an amazing insight into the music industry. Among those I played/jammed with were Fishbone, Ugly Kid Joe, Corky Laing of Mountain, Rudy Sarzo, Adrian Smith of Maiden, LA Guns, and Louie from Suicidal Tendencies to name a few. I'm now going to be in the Fife/Dundee area for a while, so I'm looking for people to jam with, bands to play with etc. Would love to get out there and meet you lovely people and make some great music, so any contacts, jam nights, bands looking for a guitarist etc, please hit me up. If you'd like to check out my playing, go to www.reverberation/gazjones. Look forward to making some noise :)