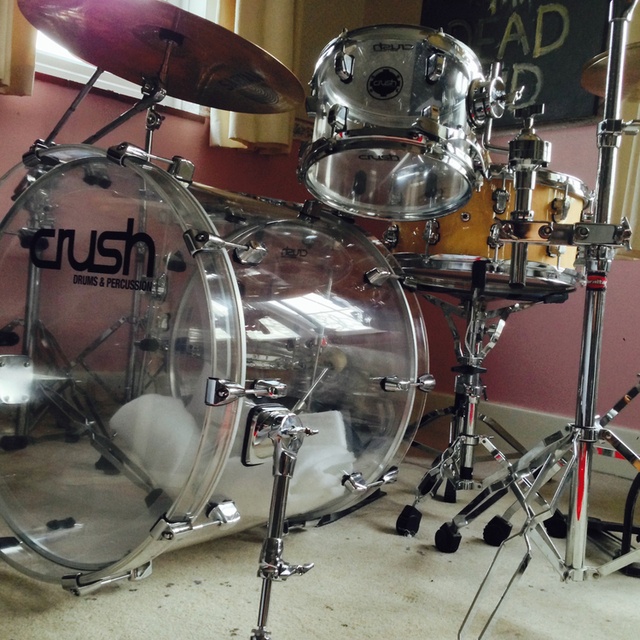 Hello! I would like to get involved in an alternative rock band writing original stuff. Rock/Alternative/pop-punk/punk-rock - anywhere in there really.

Stuff similar to but not limited to:

I have been playing drums on off for nearly 11 years.
Played for a band called 'The Wishbones' for 4 years gigging all over the South coast East and West, and did a stint in Europe. Done a bunch of recording, They are all on iTunes - i wrote and performed on the albums before 2012 release and wrote almost all drums on the 2012 album but did not perform.

Have the broadest love for music and i would like to think i contribute well to writing and structuring of songs creatively. They are only open suggestions and ideas - i do not like to dictate or step on anyones toes!

I am creative artistically as well - i designed all of the wishbones artwork before the 2012 release. pretty capable with adobe photoshop, premiere pro etc - tho i am a little out of practice. If you would like to see any just hola.

Obviously have my own kit, MIGHT have some PA equipment i could borrow. Mackie speakers and a peavey mixer pa from old band.

Well keen to get back on the road!

Please get in touch if you have sample material. gary.whitlock@live - soundcloud/gary-whitlock