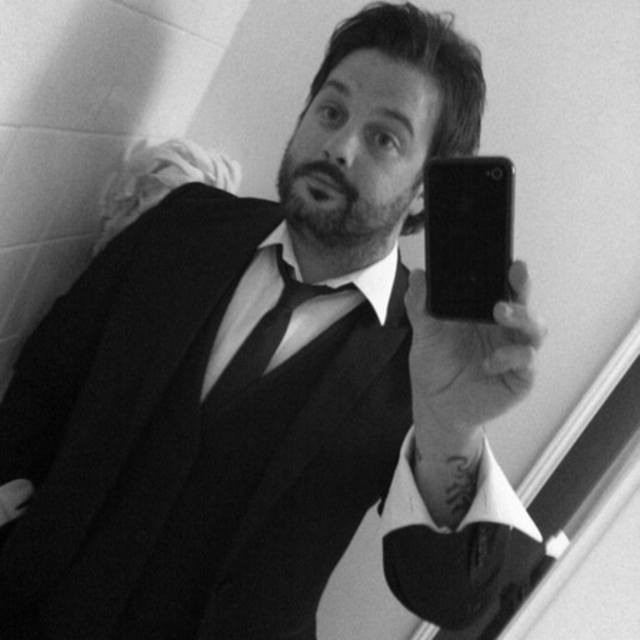 Gavin started life as a professional Musician in 1997. He worked as a session singer at various studios throughout London, including Mill Hill Studios, Lansdowne Studios and Animal Farm.

Taking another twist in his life, Gavin took on the role of Robbie Williams in the acclaimed tribute band "Probably Robbie", even appearing as Robbie in the TV Commercial for his album "Sing When You're Winning". Even prompting Robbies own manager to claim ... "he's just like robert!"

He went on to perform all over the world, including Bahrain, Mexico, USA, Sweden, Holland, Germany, Denmark, Greece, France to name but a few. Gavin even won the poll for the best tribute act in the UK in 1999!

He also sang on various commercials around the world for products such as Becks Beer, Rama, Pepsi and Toyota (apparently still playing in the far east!).

Gavin was then offered a role in the Hollywood movie "The Upside Of Anger" starring Kevin Costner, Joan Allen and Kerry Russel, Erika Christiansen and Evan Rachel-Wood.

His personality and vocal talents won over the director Mike Binder and Gavin went on to not only star in the film, but perform 3 songs too. They even named the band "The Gavin Munn Band"!

More trips round the world and more gigs and functions followed.

Then just after the release of Green Day's album "American Idiot", Gavin decided to form a Green Day Tribute band, just for fun to start with due to the fact that Gavin was an avid fan from his teenage years. What started off as a bit of fun, soon went crazy and within 6 months Gavin and his band "Green Dayz" were touring the globe, playing every University, Rock Venue ... anywhere ...they were massively in demand. Green Dayz were even endorsed by the real Green Day!

After 4 years of touring with this band, Gavin decided that it was time to take it a little easier and in 2008 he became a father to his beautiful daughter Savannah Mae. Gavin took time to do some charity work, start writing and realise his dream of one day teaching the "younger generation" how to Rock and Roll!

Gavin now lives in rural Dorset, enjoys the sea and sand with his daughter and continues to perform across the globe, anywhere they will have him!

Gavin works as a vocal coach and still gigs all over the world with various bands and artists.

He can be seen performing with his band "East Cliff Overdrive". www.eastcliffoverdrive.co.uk at many venues across the south coast and will occasionally pop up on your TV screens!


Gavin has supported such bands as: The Arctic Monkeys, Supergrass, The Ordinary Boys, Feeder, Wheatus, M-People, Mylo, Moby, The Feeling, The Bachelors ... to name but a few!