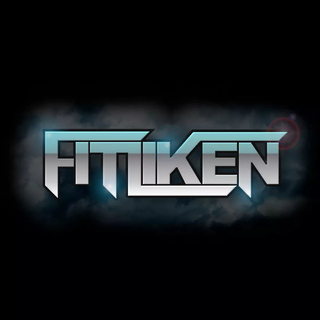 Fitliken are a classic rock covers band from Aberdeen, Scotland. While their staple diet consists of classic songs from the likes of Thin Lizzy, Led Zeppelin, and Deep Purple.

The band, formed in 2013, features members from various other Aberdeen bands (Captain Face, Mr Onz, China Blue/Fire & Ice, Same Old Story/Strange Brew) and was originally called "Rogues Gallery". A number of gigs were played at venues such as Cellar 35 and local festival "Creelstock". However, due to work commitments, it was no longer possible for our singer to continue. In stepped Doug to save the day!

In mid-2015, "Rogues Gallery" evolved into "Fitliken": a tongue-in-cheek name chosen to fit our North-East Scotland base and target audience. In early 2016, Fitliken had their first gig at a private birthday party - a raging success and the proper start to the exciting story so far... Two years and numerous gigs later, the band parted ways with Doug. A few days later, Fitliken unveiled their new singer: Claire Curran.

In terms of personnel, the band are a 5-piece whose sound is based on the thunderous foundations of Colin's drums and David's bass. This is augmented by Chris' and Craig's raucous guitars. Claire's harmonious, but often gritty, vocals are the cherry on top of this non-stop rock machine.

Screen name:
Fitliken
Member since:
Jan 08 2019
Active over 1 month ago
Level of commitment:
Committed
Years together:
5
Gigs played:
50 to 100
Tend to practice:
1 time per week
Available to gig:
1 night a week
Age:
34 years