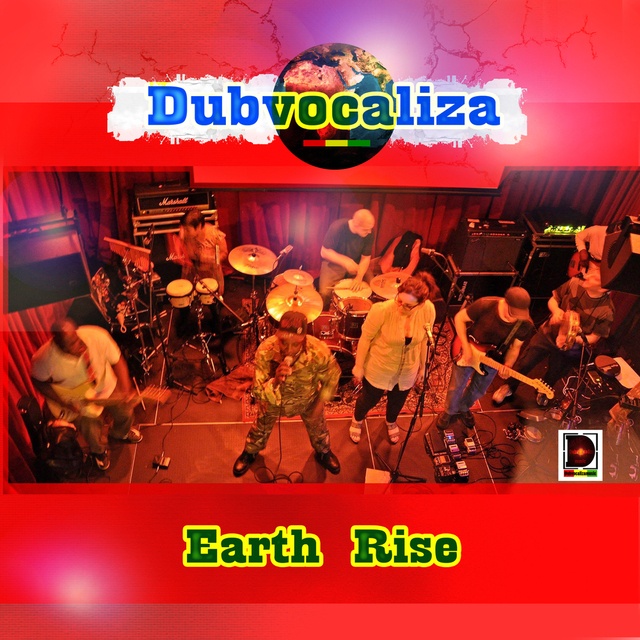 The band has been creating quite a stir on the music scene since formation in 2008.performing their original mix of lively and lyrical dub and reggae.
They are progressively inclined but pop sensibilities to the fore, Dennis Bovell’s Matumbi could also be a good touchstone for enjoying the wonderful dubvocaliza, a fantastic live band.
The band came about when dub poet , lead vocalist and song writer Barington Delevente and lead guitarist Kevin Draper, friends from a previous band came together by mutual interest in dub and reggae music.

They were later joined by drummer Matt Curr who stirred up the mix with his awesome and creative style, playing rock, reggae and dub loops.
The combination fitted perfectly and gave Dubvocaliza that original and creative edge that defines the bands unique and distinctive sound.

Drawing their inspirations from Peter Tosh, Horace Andy, Ini Kamoze and other artists, dubvocaliza is an exciting, worldly and spiritually potent dub-fusion, electro -rock reggae band , they represent what is magical about live music, the magic connections and expressions that touch people at their core.
The band's message is optimism, love, peace and universal healing.

Conscious songs delivered with a weighty and musical vibrancy.

Dubvocaliza set the mood and match the moment with true to life songs of unity and love, they set out to give you invaluable food for thought and music for change.

Although the band is satisfied with their accomplishments so far, they have set their sights on performing in all 27 countries of the European Union.
There are 9 members in the band from diverse backgrounds and countries. Jamaica , Poland , Italy, France and England . They have performed to outstanding acclaim at numerous music festivals and venues throughout the United Kingdom and Europe.