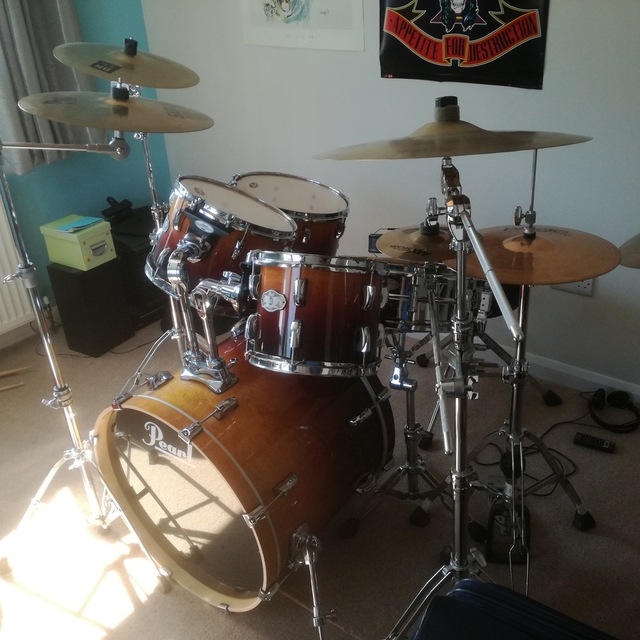 I've been playing drums on and off since I was 17. I've played in a rock band a blues band, and an originals band, and done some recording in a studio. I have written some songs, lyrics mainly and would like to bring them alive with some music. I love to play covers as well as original stuff. I am self taught, can't read music, but that has never bothered me. I am wanting to get back into playing again, I ideally want to start a band from scratch and see where it goes, or join a band who are looking for a drummer. I would really like to start a blues band with a rocky edge. Contact me via giddydrummer at bt internet dot com