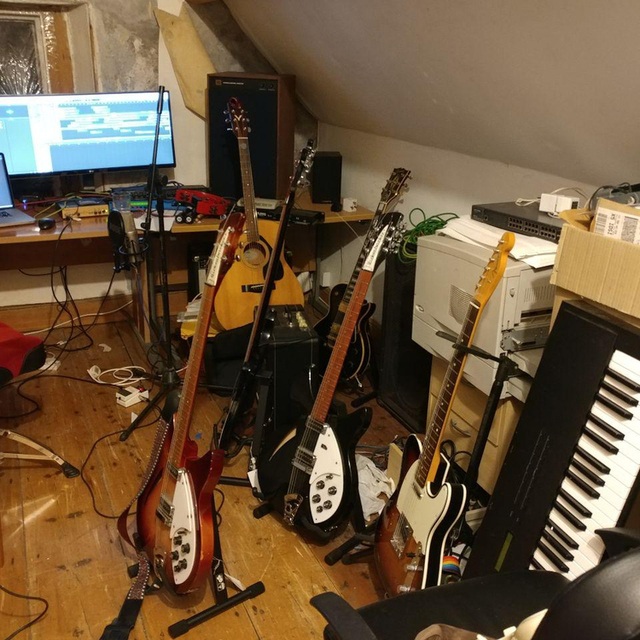 Been playing in bands since mid '80s, although largely dormant since 2006 other than playing my acoustic and coming up with a few nascent songs ideas. Recently hugely rediscovered the songwriting bug and have written several that I am really happy with.

There's me who plays guitar and drums, Stu who's and brilliant bassist and Dave who plays keyboards and guitar and mandolin and and and...

So we're looking for a vocalist who'd like to sing and record an album's worth of good quality pop/rock songs.

I've put eight demos up that is me playing and singing almost everything and there are more to come both from me and other band members which we can weed out and down to an album's worth. I expect these to get tweaked and improved when there's input from everyone.

The plan is for me to play drums and guitar, we have a fabulous bassist who has agreed to play with us and Dave'll do guitars and keyboards. So please get in touch if you're interested.

I've also done semi-pro studio engineering in the past.

As far as guitar playing is concerned, Peter Buck is definitely influential. I fell in love with, on first hearing, Lifes Rich Pageant, and you can clearly hear that in my playing. I'm no more than average at lead guitar, but I can jangle! Drums-wise Pick Withers, Terry Chambers and Steven Irvine all spring to mind.

Songwriting-wise I am hugely influenced by Andy Partridge, especially his amazing lyrics. Lloyd Cole, REM, Townshend all made me want to write as well, but really no-one has affected or influenced me more than my friend and long time collaborator Dave Falconer who will be playing guiotar and keyboards with whatever we get off the ground.

I've got a set of Roland v-Drums which with Logic's sounds are amazingly good. My acoustic kit went a while ago, but we have access to a good kit and great set of mics.

Recording-wise although we do have a 24-track analogue machine and an Amek Einstein, our outboard gear isn't as good as it once was, so we'll record on Logic. Between us we have a very good collection of mics and mic amps. Quality of recording we get is high.