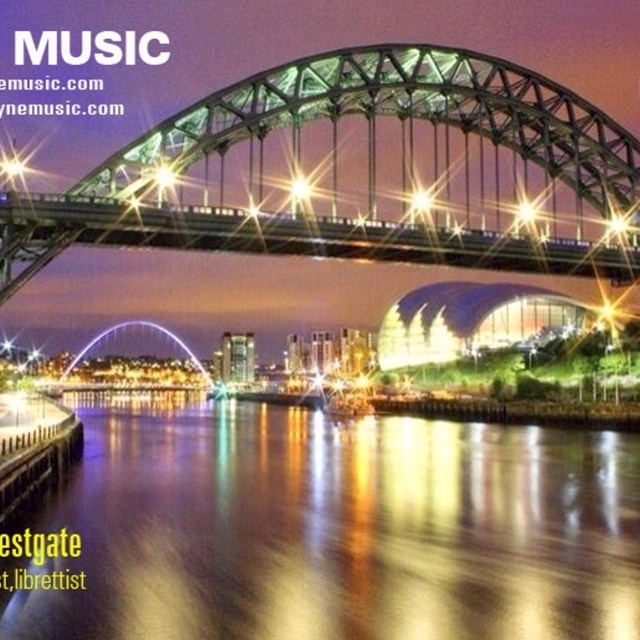 I am more a composer than a performer. Over the past ten years, I’ve completed 13 full length musical plays. All of my work is original and includes the Libretto, Music and the Lyrics.

Yorkshire based theatre groups ‘York Rising Stars’ and 'We Are Theatre' have produced 3 of my major works;- Grace Darling • Platform Nine • Broken Doll to critical acclaim and following their success they asked to write an original music score for their production of Alice in Wonderland which saw performances at the Joseph Rowntree Theatre, York, then by popular request it was performed again at the Spa Theatre, Bridlington.
I was then asked to write another original score for their next presentation; 'A Christmas Carol' performed over 4 days at the Joseph Rowntree in November 2013. Once again the show received critical media acclaim, which then led me to being asked to compose the score for their 2014 production of 'Pinocchio' I am pleased to say this also played to full houses. This was followed by a request to write the music for their June 2016 production of The Little Mermaid which again turned out to be very successful. My latest musical completed for this year (2017) is called ‘Closed Circuit’ 2017. Planet Origami (2018) I’m now working on a a new score for ‘Peter Pan’ (for June(2019) plus a further two new shows bringing the total number of original musical plays to 15. THIS YEAR (2019) WE WILL BE MAKING SHORT MUSIC VIDEOS PROMOTING SONGS FROM TYNE MUSIC MUSICALS. Anyone interested in performing or playing should contact me through Tyne Music:- tynemusiclimited@

Hello musicians all.
I'm trying to put together musicians, singers & dancers to produce a review of some of the music from my own musical works. I need an M.D. with experience in working in the musical theatre field who can work with me to bring this about. You'll find all of the necessary information and music in my profile. If you're interested please get in touch. Dennis