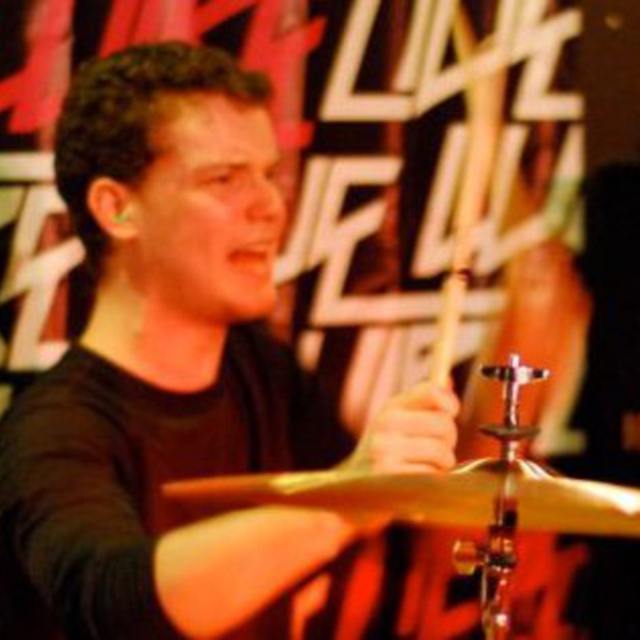 I first began to play drums at the age of 9 and played my first gig at 10, since then I haven't stopped.

Throughout my teenage years I played with a variety of bands and racked up a mountain of gigging experience in the process. Since moving to Sheffield I've kept up the gigging quota with a number of artists, including Echofall, Surviving Savannah and The Velcro Teddybears.

I've also recorded with a range of artists from across the UK, Europe and New Zealand. In July 2011 I teamed up with Chris Walker of Rec and Play Studio and now offer Online Drum Tracks for artists across the world, where I record the tracks at our studio in Sheffield and deliver the finished tracks over the internet.

I'm a strong improvisor, have great timing and feel and am happy playing with or without a click track. I have top-notch equipment and my own transport.

If you need a drummer for an upcoming project, be it a recording session for an album, a track, or a gig or tour then you can drop me a line.