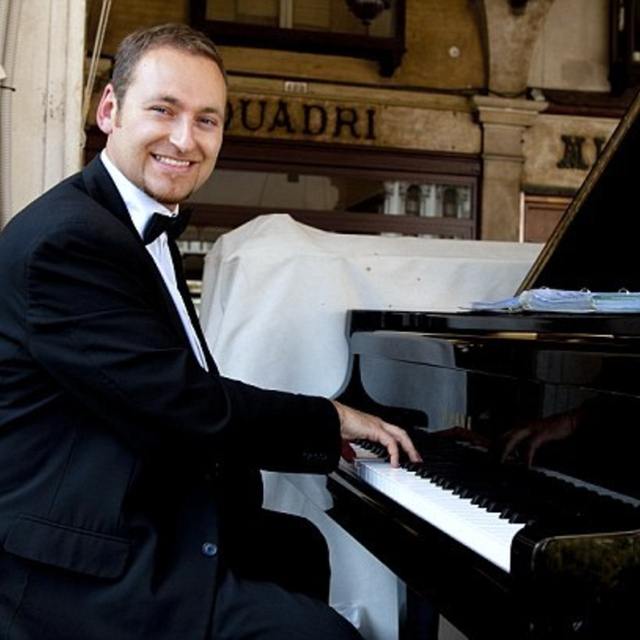 Cornel is a top five star hotel professional pianist with a university music degree based in the UK and available for any corporate events and weddings in the UK and abroad.
Cornel has been playing piano since he was seven years old. He has played professionally at venues as eminent as Caffe Florian, Saint Markâ€™s Square, Venice, where he was house pianist for three years, Gran Caffe Chioggia and Gran Caffe Quadri, in Venice.He has also played on the legendary train The Orient Express Venice-Simplon, travelling Europe, as well as Hotel Danieli, Venice, Cipriani Hotel, Gritti Palace and many more.

He also played in London at the Hilton Park Lane, the Renaissance Chancery Court Lane Hotel, Le Merridien Piccadilly, and many more. His work has taken him to Vienna, Istanbul, Rio de Janeiro and he had been the house pianist for three seasons at the highly respected, Venice, where he played for guests as eminent as :

His band was also hired by the Versace family to play at a wedding and Cornel has also played at Saudi businessman billionaire Sheikh Walid Juffaliâ€™s wedding in Venice.