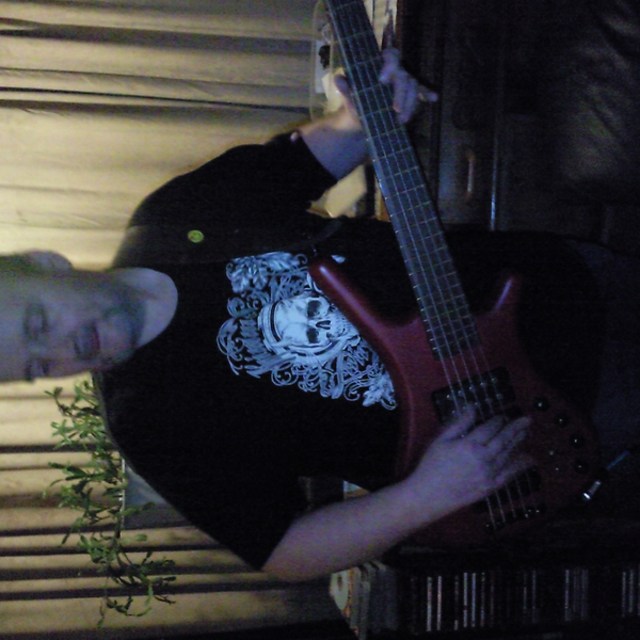 I am seeking a band who want to do their own stuff though im up for throwing a few covers in if required.Ive been in many bands starting with basic H-core rock which was my first serious foray into playing+ gigging. I continued playing in other bands all with different types & styles.

I listen as most do to a varied range of mucic, my perenial
favourites tend to be stuff like King Crimson,Gabriel,RHCP's,Zeppelin,Kate Bush,Stranglers,Talking Heads,Early Genesis(Nursery Crime)and Cream to name but a few, and the bass players that inspire me are Tony levin,Jean jaques burnell,
Flea,Del palmer, Guy pratt, R Waters,Geddy lee, Pino palladino,Norman watt roy.

I have two rigs Both with trace elliot amps at 300 watts rms. I have trace elliot cabs :1x15 an 4x10 with HF horn. Also a 1x18 acoustic cabinet which comes with a health warning.As for bass i have a 76 Fender Precision, a Status, and a Warwick double buck, and a Vintage fretless. I have a 80-100w combo for rehearsehal & home use. Im looking for a 5 string bass at present for that extra oommph!