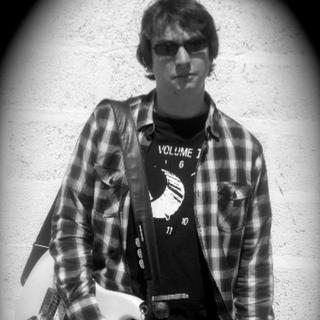 As a Media Composer I am mainly inspired by the work of John Barry, Ennio Morricone, Hans Zimmer, Klaus Doldinger, John Williams and Jerry Goldsmith, preferring to combine electronic, orchestral and rock instruments with radio-phonics and sound design. I like to be flexible in what I write for, being happy to adjust my composing style to suit specific needs. My favourite genres to write for are Science Fiction, Film Noir, Thrillers, Romance and Adventure.

As a Guitarist and Singer/Song Writer, which is what I started out as and still do, I am influenced by players like Brian May, Steve Lukather, David Gilmore, Jeff Beck, Eddie Van Halen and many more. My favourite styles of music are Progressive Rock, Blues, Hard Rock and Fusion but I'm happy to work in many others. From a listening and compostional perspective I enjoy the work of bands like Queen, Rush, Dream Theater, Pink Floyd, Toto and Led Zeppelin, to name just a few.

For examples for my work please visit: http://soundcloud.com/chro-jay