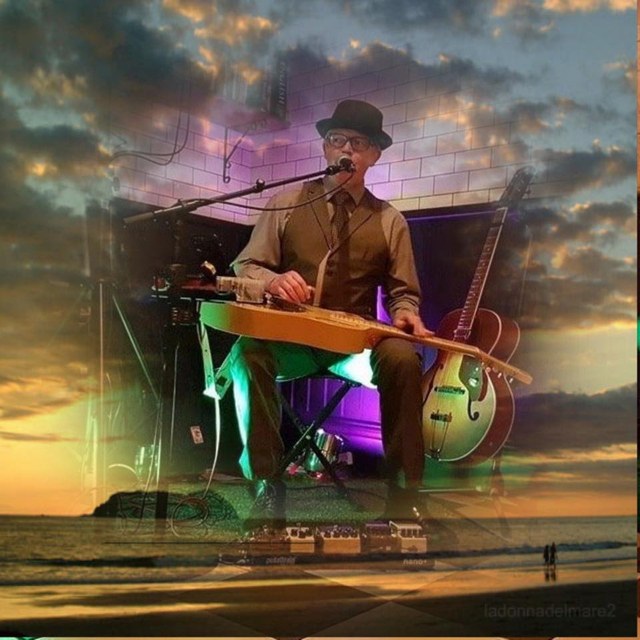 I have recently moved to the Dumfries and Galloway area and I am currently seeking gigs and festival slots.
I am also interested in open mics, jams and busking, as well as possible collaborations with other musicians. I play slide guitar as my main style and can make it fit any genre.

He has performed throughout the UK and in the USA developing his style playing in Blues Clubs and Roots Music venues most notably in John Lee Hooker's Boom Boom Bar in San Francisco. Since beginning his slide guitar journey, Chris has played at many Blues festivals including Colne (UK), Reivers Rock and Blues and Darlington (UK). He has played several times at the annual CAMRA real ale festival and has supported such well known professional folk players as The John Wright Band, Maurice Dixon and Kieron Halpin.

In 2011 Chris attended Blues week at Northampton University and met many slide players and other Blues artists. He was delighted to receive their approval, which included that of Britain’s number one acoustic slide player, Michael Messer and the European Blues Associations Michael Roach.
More recently, Chris has appeared at the Ventnor Music Festival, Isle of Wight and the Reivers Rock and Blues Festival in Northumberland.

Chris, has adapted his slide guitar playing to cover virtually any genre of music whether it originally includes slide guitar or not. His passion lies in Blues and Roots/Country based music. He also enjoys performing other genres. He has invested heavily in instruments including National resonator guitars, Fender guitars, a Duesenberg Pomona 6 lap steel as well as various flat top acoustic guitars, he also plays harmonica.

Chris is only truly happy doing what he loves most.........Playing Slide Guitar!