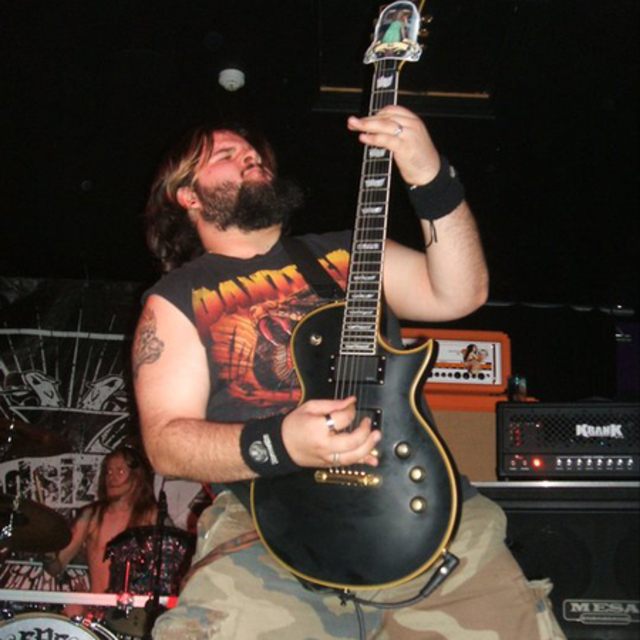 I'm a 25 year old Graphic designer from Cirencester in Gloucestershire.
I've been playing for roughly 15 years now, Started when I was in school and have been in a band ever since, well until now.
I have tattoo?s and piercings and listen to way too much pop and 80s music to be classed as a metal head !
I was playing with Eye For an Eye, a BLS/COC/Pantera style band from Swindon.
Eye For An Eye were signed to Rising Records and released an album titled ?Downfall? in 2011.
While with the band I did a lot of extensive touring from Scotland down to Cornwall and everywhere in between. I also played the role of producing all of the artwork for the band, from posters to merchandise.
To get an idea of the music I used to play, go and check the boys out:
http://www.myspace/eyeforaneyeband

I?m very up in the air to where I want to be next, I would love to be back on the road touring and playing here there and everywhere, but at the same time my main priority is to be enjoying what I?m doing !
I still have all of my gear which is tour ready, hard cased and ready to gig, I have a full UK driving license with extensive experience of driving high top large wheel based vans, and I have my own car.
If you like the sound of me please send me a message.

The bands that ive been listening to most recently are:

My influnces/idols I would have to say are:
John Petrucci, Dimebag, Zakk Wylde and so many others

A few effects pedals , nothing to snazzy

And of course the Dear Head