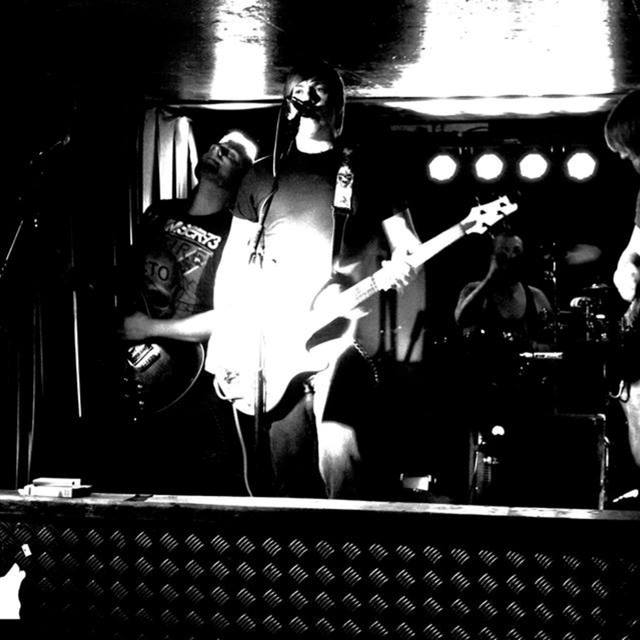 We're a Derby based band of (no arrogance here) pretty talented musicians who recently lost our drummer due to musical differences after a bout of professional recording. Matt (Vocalist / Bassist) and Dave (Guitarist) have played together since 2011, and Dave and Hayden (other guitarist) have been friends for years, and have played in previous bands on the local scene before this project.

We're a close-knit group.
Our website to get in touch: http://brokenparadigm.weebly/

We were a three-piece including the now-left drummer until Hayden joined making us a four-piece. We did some gigs and paused for recording and paused again when Dave went to America for four months for studies, leaving Matt, Hayden, and the former drummer to make good use of the time forming an acoustic side-outfit which we did a great gig for. Once we were all reunited, the drummer sadly had to part ways through musical differences, so we've taken a step back, re-evaluated what we want to do, and now have a clear focus on the next stage of us as a band.

We're looking for a drummer to lay down the beats. We've gigged plenty in the local area, and vocalist / bassist Matt is also in a local regularly gigging covers band, and Hayden is also in an acoustic side-project.

We have a good set of tracks we've been playing together for years.

Ultimately we're a group of musicians who are serious about making music, but we also know the importance of making it fun. We play well together and have a good laugh, which we know is hugely important, so we're looking for the missing piece - the drummer!

Our requirements are simple: you must be able to drum, like our style of music - which can be crunchy and heavy but not over the top in terms of blasting and shred-wanking, as we like to keep it melodically focussed. We like to be technical, but sensible - and basically not be a dickhead. I know that sounds a bit odd, but we value the fact we're friends, so as long as you can drum and are up to our standards, we're really looking for someone to join a friendship group as well as a band.

We're all really diverse when it comes to influences, which makes us a unique outfit.

Dave - Metallica (that's all he gets because he wasn't here to comment when we set this up!)