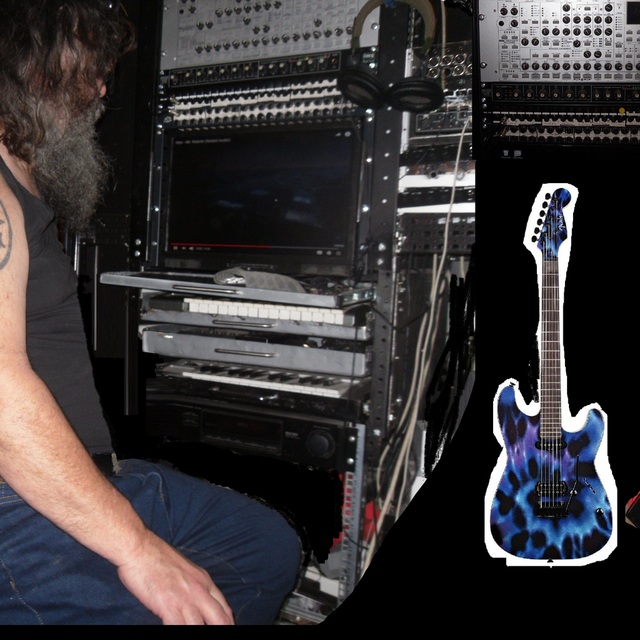 I am also on soundcloud, where I am using my own name "Bob Schofield".
It's Conspiracy theory rock! With a dash of supernatural themes and some Celtic influences. Oh, and some biker related songs.
My music is definitely not mainstream, so not everyone's cup of tea, I am into conspiracy theories, cryptids, UFO's, magic and myth, alternative energy, historical mysteries etc, etc. I feel these songs need other musicians to help bring them to life.
In the seventies I had a few bands during the post punk era, we used to play a mixture of Hawkwind, Pink Fairies and our own original material. Since then not much happened on the musical front, I was busy bringing up a family. In about 2012 I started making my own music on the computer. Although there has been a bit of input from my old bass player, Iain, we live a long way apart and organise this over the internet. The last eight albums are just me, my guitar and synths. I write my own material and have recorded 2 albums of songs in 2012/13, two in 2014, 3 albums in 2015, 1 in 2016, 1 in 2017 and 1 in 2018,10 in total not including the stuff I salvaged from tape from the 70's.
"Sineater" was the last name our band used in the late 70's. I am free of work commitments, having taken early retirement. I would be interested in any type of collaboration, but ideally would like to form a band. I am quite into some of the steam-punk ideas when it comes to making modern technology look Victorian, and build my own synthesizers & guitar effects units.