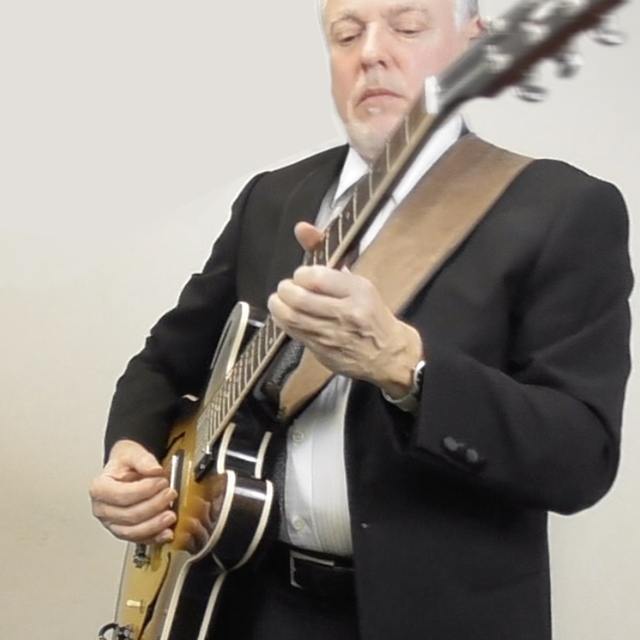 Self taught guitarist... many styles from folk to jazz – acoustic and electric. Currently half of DNA Guitar Duo, gigging around Poole/Bournemouth. Gigged regularly with The Bristol Community Big Band. Also with Progressions quintet, playing jazz and 'lounge jazz' as a duo with sax player, trio with added bass and frequently playing as quintet with drums and added either trumpet or keys.
Good 'pop' or 'standards' pianist too!
Will do harmony vocals if pushed!
Experienced as accompanist for solo singers.
Also experienced as 'front-man'...
Oh... and I can read music!!!