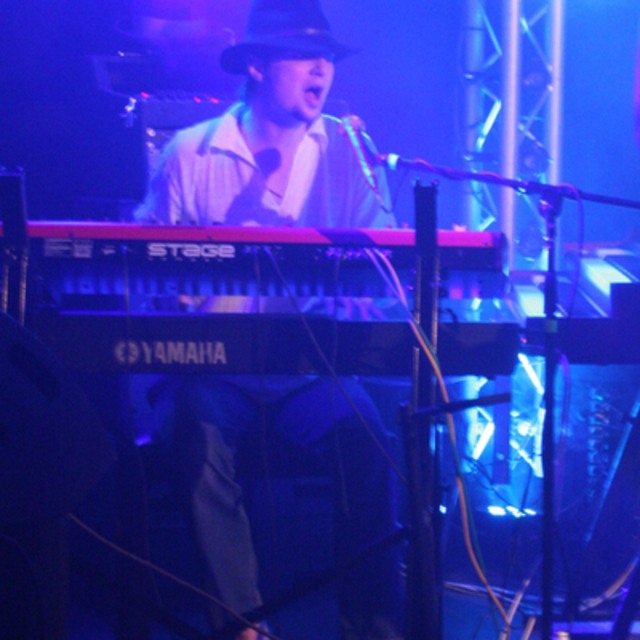 Keyboard player, vocalist and studio multi-instrumentalist. I can probably justify the claim of "engineer" and "producer" too. For reference, I'm responsible for all the instruments, vocals and production on the tracks uploaded here.

Keyboard-wise, I'm primarily into hammond organ and piano (and electrical variants such as rhodes and clavinet), but there's a bit of synth and mellotron work creeping in there too. I'm rather old-fashioned (classic?) in my approach and prefer to make music by pressing the funny white and black buttons with as many of my fingers (and sometimes feet and elbows) as I can co-ordinate at once rather than using sequencers and workstations. If you took me back to the early seventies and equiped me generously with contemporary instruments I'd probably feel the lack of blue LEDs more acutely than anything else.

I'm looking for people to collaborate with on writing and recording projects primarily. I don't really have enough time to fit live performances into my schedule at the moment but never say never, I suppose.

It should probably be a hanging offence to use the word eclectic here, so I won't.

Most apparent in my music are probably Queen, Deep Purple, Genesis, Mike Oldfield, and some version of Elton Joel or Billy John. My recent listenings have included Transatlantic, Flower Kings and Spock's Beard so that probably gives a good pointer to current leanings.

All that aside though, I play and listen to all sorts ranging from metal and rock to blues and singer/songwriter stuff, and even have a weakness for some of the more fiery musicals. I'm not however usually moved by electronica, chart-pop, rap or any of the myriad dancefloor genres.

Studio facilities are capable of producing a modest (or perhaps not-so-modest) album.