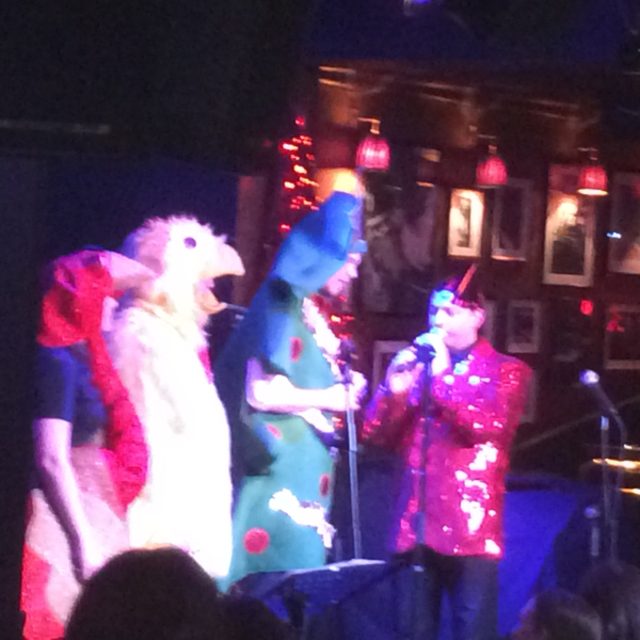 Dusting off the bass after quite a few years as I wanna play again!. Nothing serious (been there, done that) Just want to meet some like minded musos and have a bit of fun. If it leads to the occasional gig that would be great. Used to be pretty good and could turn my hand to most bass lines. Might be suffering from 'fingers too clumsy, voice too loud' syndrome now but willing to give it try to find out :-) Have wide ranging tastes from jazz to heavy rock via all points in between. Have a good ear so pick things up quickly and am willing to put in the time to learn the songs. Only thing I DONT want to do is play root and 5th rock n roll. Not interested in practicing three times a week or gigging every weekend at venues all over the South East. All I want is a bit of fun making music together. if that doesn't sound too unambitious drop me an email :-)

By the way, in the pic I am the one in the yellow chicken suit...playing kazoo... but I am on stage at Ronnie Scott's Jazz Club... you ever gigged there?? :-)

Dont say I can play like any of them, just love they way they do it!