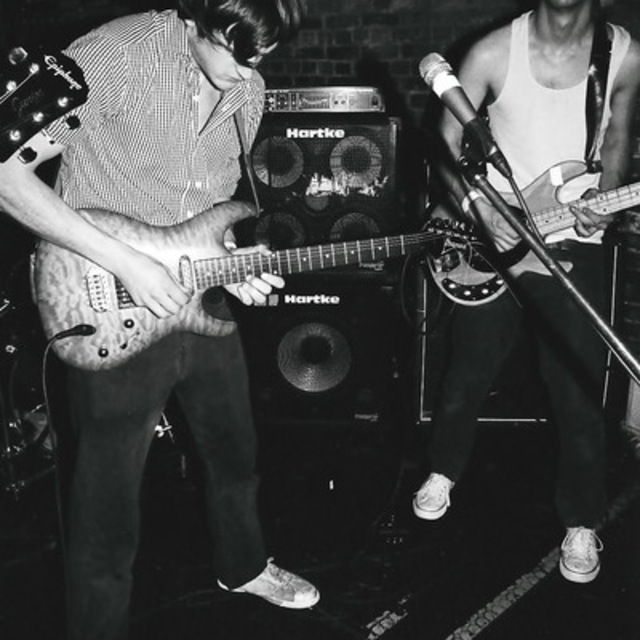 Myself (Guitarist and Vocalist) and Dan (Bassist) have been playing together now for about 4 years. We started off as a post/prog rock band (Explosions in the Sky, Red Sparrowes, Sigur Ros, Mogwai) in Leeds where we were studying and then moved to London. In London we carried on with the same musical style until gradually developing our sound as our influences changed (Fugazi, Shellac, Eighties Matchbox, Don Caballero). We then met our manager Leon who has been booking us gigs and helping to guide us through the business side of things including finding our studio in Shoreditch and dealing with promoters. Then as we were starting to gain momentum we lost our drummer due to commitment issues (his job got in the way of the band). We found another drummer who joined us for our first UK tour but in July this year we split due to differences of opinions.

Over the last few months we have been writing new material and have been auditioning drummers trying to find somebody who understands us. We take the band very seriously and put it above almost everything. We will never compromise our sound which is why we don't have a myspace and won't rush back into gigging until we feel ready. We all believe that there is still a long way to go and know there is a lot more to come from us. So it would be impossible for us to try and explain which direction this new project is heading. We would love to get to the position of being able to quit our jobs and work full time as musicians but making money is certainly not a priority. We are only concerned with making music we respect and if other people like it also then that is a bonus.

Screen name:
bandmigs
Member since:
Nov 25 2008
Active over 1 month ago
Level of commitment:
Very Committed
Years together:
3
Gigs played:
10 to 50
Tend to practice:
More than 3 times per week
Age:
36 years