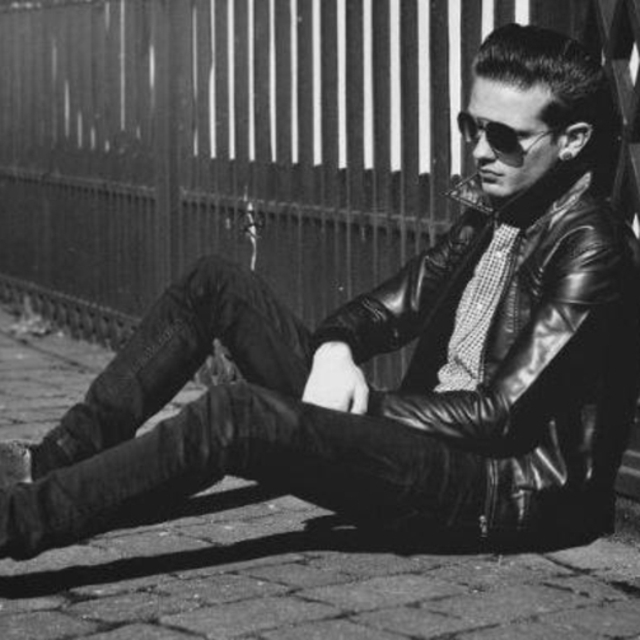 My name is Axel Loughrey, I'm a solo artist seeking new session musicians, a drummer, bassist, and keys/piano. (If you sing BVs it is advantageous)

I'm looking for seriously committed musicians (i don't mind if you have other projects but I need organised people), very competent, confident in studio and live. I'm also looking for fun people. As much as I'm doing a solo project I still like to have a relationship with my band, I've had stand in musicians before who come in and out and it just isn't the same.

I'm very hard working, but I'm also easy going and enjoy a good drink and night out. I've recently had major label interest, my lawyer is discussing things but it seems to be taking a while like most things.
I've got a potential tour and other stuff lined up this year with a well known band from the states. I'm about to release my third record with All Sorted!!?! Records too.

Anyway, I've got my press release below and bits and bobs for you to read about what I've been up to.

“Love Thing is track of the day! – Classic Rock Magazine

“If Axel’s new album Crayon Factory were a novel, it would be Fear and Loathing in Las Vegas” – Mark Thorpe – Play Pause Rewind/Glastonbury Emerging Talent Judge

“I’m unable to compare him to anybody in the UK charts right now and if I was forced too, I’d feel as though I wouldn’t be crediting his music enough. He’s incomparable” – I Am Music TV

“Axel has one of the best smooth yet sexy blues voices I’ve ever heard. Love Thing is an incredible statement of intent that had me instantly infatuated with Axel’s musical wares” – Rhythm and booze – 10/10

“Axel Loughrey’s songs remind me of the late 70s Pub-rock, from which emerged the likes of Dr. Feelgood, Rockpile, Graham Parker and Elvis Costello.” – Power of Pop

“Raw and tough; perfect for our times” Bob Zoell

“With a voice to send shivers down your spine and a performance style impressive beyond all measure, Axel is a naturally fantastic musician with a great band behind him. This is one gig you don’t want to miss!” urMUZIC

Born and raised in Paris the artist known as Axel Loughrey picked up his first guitar at the tender age of 8, completed his first songs at 14 and hasn’t looked back since. He eventually packed up his guitar with a head full of songs and ventured across the North Sea to arrive on these shores and try his luck in the demanding world of the UK music scene.
Championed by the likes of Ms Jo Whiley and interviews and live material aired on Channel 4 Music, Axel Loughrey has certainly raised the eyebrows of music royalty in more ways than one. From being the main man in the now defunct Ruby Red Lips to taking on the heavy traffic of the UK music scene head on with his own solo material, this has proved to be the right decision as he was picked from a staggering 70000 applicants to grace the stage at Orange Unsigned. Axel released his debut E.P ‘love Thing’ on All Sorted Sorted!?! Records in May 2011 to great acclaim, he secured air play on BBC, Kerrang, Q and recieved countless outstanding reviews. Axel also had the title track ‘Love Thing’ named as Classic Rock Magazine’s song of the day in the summer of 2011. Whilst touring relentlessly, Axel secured slots at some of the UK’s most famous venues such as The Camden Barfly, Liverpool’s Cavern Club, The O2 Academy Islington. Axel also supported and shared bills with the likes of Frank Turner, The King Blues, Secret Sisters, The Future Heads, Louise & The Pins to name a few. Axel’s new album ‘Crayon Factory’ is set to hit the shelves in January 2012. Having recorded at the infamous Leeders Farm it promises to keep up to its expectations.
With a voice and music style as velvet as Lou Reed’s Underground, Axel certainly has the style, the look, and most importantly the songs ready to deliver to the wider audience. With two self released EP’s and a label released E.P already in his kit bag, the beautiful ‘Small Town, Small People’, the invoking ‘Galloway Hill’ and the powerfull ‘Love Thing E.P’ Axel is already taking the acclaim and plaudits on the live scene and is now ready to step forth with his fourth and highly anticipated debut album release a darker side of the blues which makes ‘Crayon Factory’.
With a myriad of high profile gigs and festival appearances already secured, and a wide range of music industry gurus biting at the bit, Axel could soon well be the next 21st century boy!!

Gretsch jet pro, Epiphone 335, 1968 hofner acoustic, 12 string acoustic, a pedal board with a few effects, I have a marshall stack but aiming to downsize to a vox AC30 or AC 15.