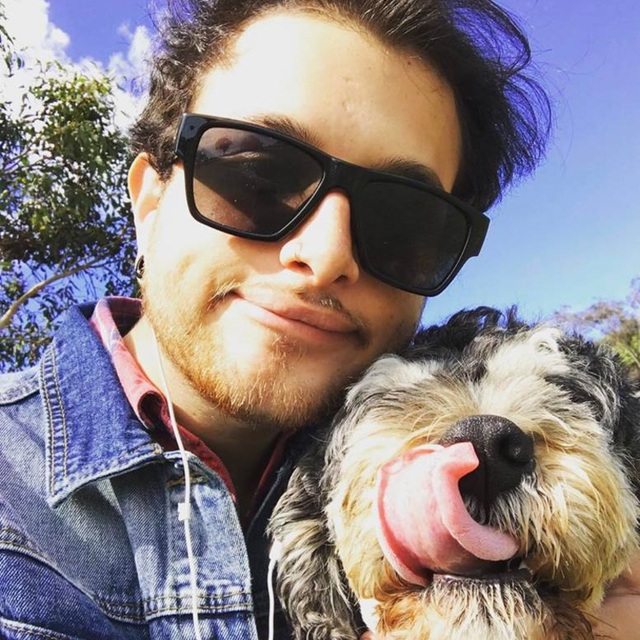 My name is Anthony Thomas Michael,

The only thing i ever wanted in my whole life was to be a singer for a rock and roll band.

More than that, i want to start a band that can become An Idea, a force for good, a way to tell stories and talk about things in a way that means something. A band that knows how to play skip rope between a wall of noise and a delicate silence, and can see the power in both. A band who can commit to a vision, whatever that vision may be. Whether its costumes & cabaret for one album cycle and t-shirts for another - there are merits in both. Im looking for people who want to create, and inspire emotion, and write ear worms that will live in hearts for as long as possible.

More than anything though, im looking for people who aren't "afraid" of pop music. Pop music is an extremely powerful tool; and the structures and tricks it employs are popular for a reason. Im of the belief that the music i'm interested in making should never be more fun for you to play than it is for the audience to listen to. That doesn't mean it has to be simple or bad, it just means i want people to be able to sing/jump along with us.

Ive tried over and over again to find people who i can rely on, find friendships with, and make this dream ive had my whole life a reality.

I wanna tour and be a real life musician again. Its no fun by yourself.

I have both a degree and a diploma in audio engineering.

P.S - If youre homophobic, racist, anti-feminist, etc...dont waste my time. this isn't the band for you.

Musically:
As a kid i was brought up listening to a lot of Jazz/Classic Rock/and Elvis Presley.

As i started to discover music on my own in my early teens i started to gravitate toward Pop-Punk (Emo/Scene/Whatever you want to call it) and i still have a huge love for that style of music.

Within that sub-genre i gravitate more towards Anthemic/Concept-drivin/Orchestrally fused music. Things like Marianas Trench, Fall Out Boy, and My Chemical Romance. Lots of Fast angry guitars with big strings and horns (i fu*king love the sound of a trumpet).

Currently my music taste has become more eclectic. Ive become a fan of rap/country/blues/electronica/pop/folk/world etc. Though i still consider myself a pop punk kid at heart.

I love anything with layered vocal harmonies, i love a violin that tugs at your heart strings, and i love anything that gives you the feeling that its okay to just scream loudly for catharsis.

Some of my favourite bands at the moment are:
The Front Bottoms
Bleachers
The Wonder Years
Aaron West and the Roaring Twenties

Books:
I read a lot of comic books, im a huge fan of the medium and the kind of stories and tonal variations you can use inside them. I primarily read superhero books and some of my favourites are Alan Moore's Swamp Thing, Neil Gaiman's Sandman, and The Ultimate Spider-man Run.

Ive had a long history of reading novels as well. I used to churn through them as a kid/teenager just reading whatever i could get my hands on. I prefer sci-fi/action adventure stuff, but im also just curious.

Some of my favourite book(s)/series are:
The Hitchhiker's Guide To The Galaxy (Anything by Douglas Adams)
High Fidelity
Percy Jackson etc (series)

Of course my taste has evolved since then and i enjoy a wide range of things. But that show about nothing was a pretty strong influence on me.

Movies:
My favourite movies growing up were Jurassic Park and A New Hope.

Having said that ive also always loved musicals (have seen several live shows) and movie musicals were my first real introduction to that world.

Im super into indie movies at the moment and have developed a real love of film and the part its played in my life and how i can use it as a creative going forward.

i also love superhero movies...in case that wasnt apparent everywhere else in my bio.

I have just moved here from Australia so my gear list is pretty low.

I am currently playing a mahogany Taylor GS Mini with a TC Helicon Voicelive 3 Xtreme box.

Protools, a new macbook pro, and an AVID fastrack duo

As well as all the leads they require to be plugged in.

Unfortunately i dont have an amp yet.