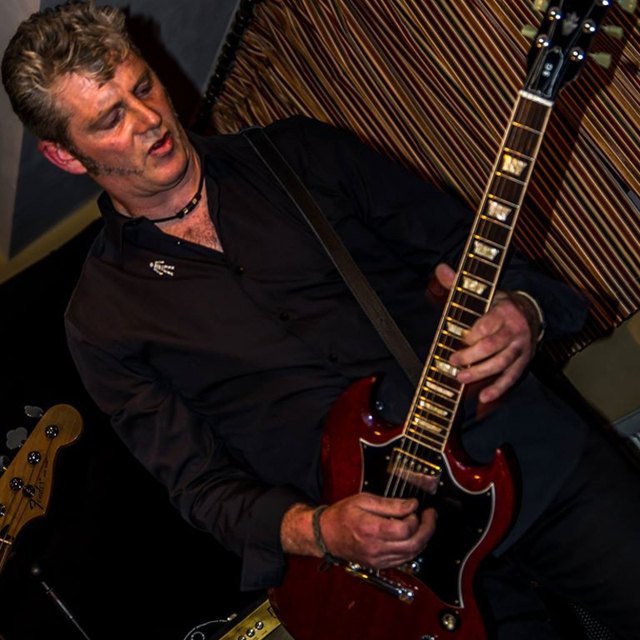 Currently in a band called Reverend Green and are in need of a new drummer for our classic 5 piece rock covers band, (we try to avoid all of the cheesy stuff, we let other bands play that)
The set lists are already more or less written and we think there are some great numbers in there, we also have some other stuff in the pipeline as well that just might turn a few heads but nothing is set in stone and all suggestions are welcome.
We would like to add to our merry band a drummer who is able to rehearse EVERY Tuesday evening and maybe a Friday evening if needed (we have rehearsal space sorted out).
We would like someone who has the ability to commit themselves, someone who can speak their mind (though bossy/nasty/overbearing/primadonna's need not apply). Someone who has decent gear and transport and likes a good laugh, some backing vocals would be useful too. We love to play but don't take ourselves too seriously (as I say we do like a good laugh)
The long term plan is world domination or at least to become as good as we can possibly be and get out and play maybe once or twice a month if we can; although money isn't the main motivation, the drive for us is playing but if there are paying gigs out there we are happy to take them on. We have already played live to an audience and we weren't stoned to death or pelted with rotten fruit, in fact it all went rather well.
So anyway, in short, if you are a laid back god of thunder who can (or can't) sing backing vocals whilst laying down a rock solid groove, likes a good laugh, isn't arsey, isn't searching for fame and fortune, loves to play classic rock and wants to be in on an absolutely killer band, you my friend are just what we are looking for. So dust off that drum kit that's lurking under the stairs/in the loft/shed/garage and give me a shout. Age is not an issue - we range from 23 to 56

From Motorhead to Morcheeba via Tom Waits and Stephane Grappelli, and many many more. My guitar playing is heavily influenced by Rory Gallagher, Angus Young, Jeff Beck, Marc Ribbot, Albert King, Django Reinhardt (if only I could play like him) and many many more. I have a very wide and eclectic taste in music and always on the lookout for the new and the unusual.

Various guitars including a Telecaster, a Strat, an SG, a semi-acoustic jazz guitar (Tanglewood version of a 335 style) a Precission Bass, a couple of acoustics, all working and mostly in tune, a few amps, also a piano (a real one and too heavy to move) a Hammond Organ (which I've never mastered), some spoons, a washboard, saws, mandolin, bouzouki, ukulele, banjolele ,euphonium and possibly some others I've forgotten. Got a few working amps and at least one broken one which will be restored to former glory one day.