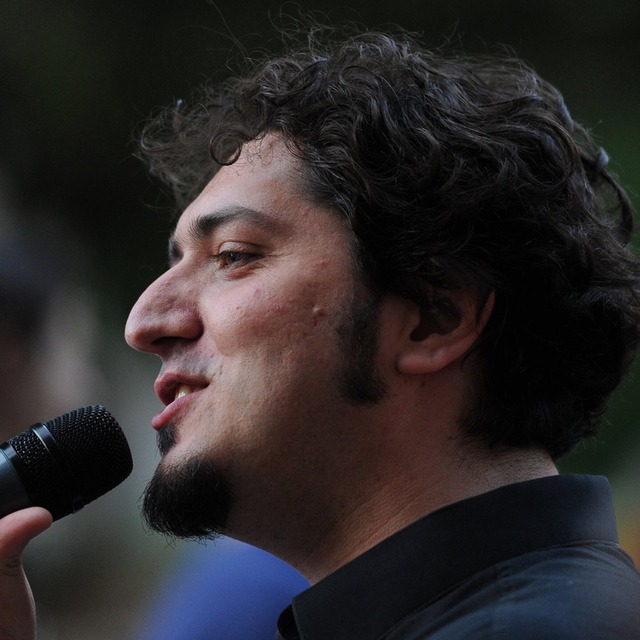 I'm a 36 years old Italian singer, pro-level, not doing it as my main job. I moved to London in 2014 and I'm dead tired of not being on stage! I have ages of experience as an entertainer, which is why I always add the "show" element to any musical acts I am involved with. In between others, I had one major project that I was managing and that was working amazingly well in Italy, and that I would like to recreate here in London:

A big band in Commitments/Blues Brothers Band style but adapted to the 21st century. Horns section, chorists, both female and male. Just watching the band on stage is a show by itself. If you add the right party music, you know it's a hit. I want to use a modern approach to classic soul/funk, and that's by adding a little bit of fusion. Just a touch, to make the songs less obvious and squared and more interesting and dynamic. The objective is to produce a sound and then arrange famous/current song in our style. And then get gigs and grow.

At the same time, some arrangements will go straight to YouTube, to grow our digital presence. I have been working in marketing and communication for almost 20 years and I have a nice plan to help us grow a following.

As I said, let's get in touch! I am currently looking for sax and trombone players!

From Stax to Sting, from Van Halen to Incognito, from Dave Matthews Band to AC/DC. My music influence is diversified that I can just say this: I listen to just one kind of music. Great music.

Unfortunately, just my mic and a tambourine. The minimum singer's package.