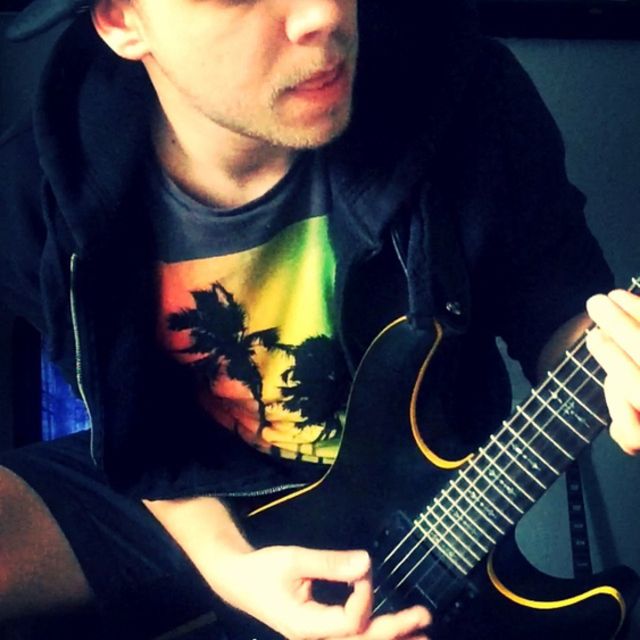 As a child I grew up listening to my sisters playlist, which involved some Guns n Roses, Metallica and Iron Maiden amongs some classic Hungarian rock bands, such as Edda or Ossian. My cousin was a bass guitarist in a band and I often found myself in the window of their practice room watching and listening to them. That's when I decided... I want to play in a band or at least play a musical instrument. I was always told that I had a good sense of rhythm as I always used to tap along to songs with my hands and feet. My dad used to be a drummer so it was kind of obvious that I wanted to follow in his footsteps. Long story short, by the time I could afford an instrument I was 20. The circumstances didn't really allow me to practice, due to noise issues. Couple of years later I've bought my first guitar, got into it, then i got a bass, keyboard, electric drumms... Mostly I enjoy recording my own stuff in GarageBand. I know it's not the best of daws out there, but it's enough for what I need it for. On a few occasions I did get to experience what's it like to play with a drummer and another guitarist and it was the best thing ever to play with other musicians. I'm hoping one day I can get back into that as it's never too late. Wow, fu*king life story that was...