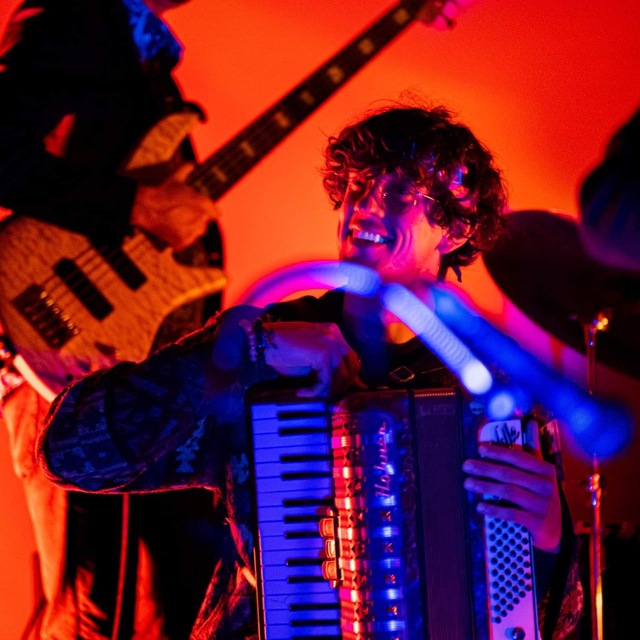 Band to Join, Drums, Other Percussion.

I am a singer-songwriter and an instrumentalist, mostly focusing on accordion live just now but I play and write a lot on keys too.

I have been playing music for over 20 years so pretty much my whole life. I started singing more recently though, 6 years ago, so I say I am less experienced and confident with my vocals but I really want to gain that confidence and experience through just gigging and singing more as I think there is good potential.

I am from Scotland originally and my musical upbringing is in Scottish traditional music and classical piano. I did a lot of performance early in my life in the traditional music scene in Scotland, where I learned a lot about arranging and working in a band, and being professional in Music. But I did a lot of traveling with my accordion in my early 20s finding all sorts of new influences in my playing and composition and found my own unique voice in music too.

I live in London now trying to play music as much as possible around my other commitments. Although I can perform solo, I much prefer to share the gig and play with others and I think it adds a lot for the audience too. I want to build slowly by adding a percussionist as I think this adds so much and the accordion does cover a lot of the other aspects, so it results is a really full sounding duo.

I would really like to find someone who is open to taking things far and has a level of dedication and professionalism similar to myself. That, as well as the musical connection is really important. No time to waste in London right?

London also offers a lot of opportunity to perform, it's such a huge place with so many people to be a potential audience. In fact one of my favourite things to do is go busking. It's a great way to hang out in the city, play music, have an interesting experience and make good simple money. It would be great if there was a percussionist who is open to adventure, going out there into our facinating world, playing music and splitting tips.

I've done really well with busking in the past, living and traveling off of it. I find that people are interested in the novelty of the accordion to start and I also play a lot of great covers which draw people in. Then we would also be doing music which goes way beyond novelty and is ligimately good, so its a winner. So let's grab a cajon and an accordion and hit the streets!

My ambitions do not end at busking by any stretch, that's just the warm up act. I'm continuously working on new original material and having a steady increase in bookings for shows in the handful of scenes in involved with in London. I also have world wide connections that I would love to revisit in the next while.

I promise, if you've got what it takes, and we both feel it's a match - and I'll insist that we are very open about communicating that - then I'll be taking you along for the ride.

I don't expect anything else from you except your musical skill and performance as a percussionist and your commitment to providing that, and in return you'll get half the gig fee up to the minimum guidelines of the musicians union, then we can negotiate beyond that.

I have my own home studio set up in a pretty dedicated space that's available for music unless I have friends staying. I'm no engineer so currently using garage band but probably going to upgrade to Logic soon. I have an Aston Spirit studio condensor mic, Scarlett interface, studio monitors, 2x headphones, a stage piano, a cajon, shaker, an accordion I use in the studio.