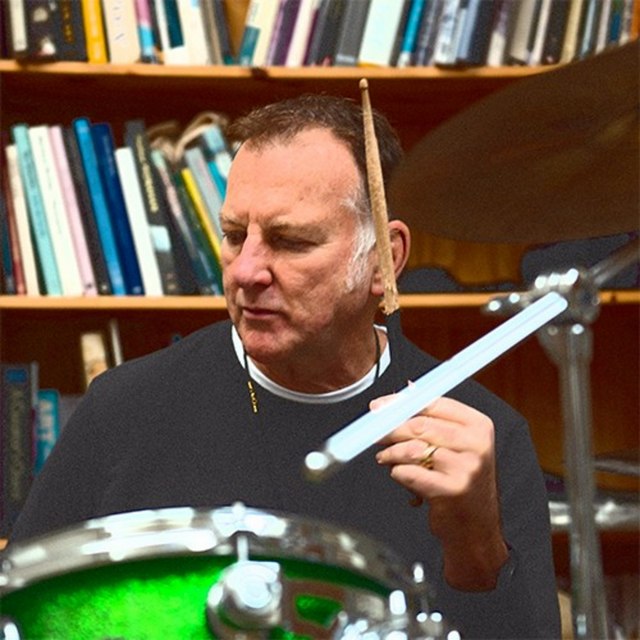 Thomas Magnuson’s most recent musical iterations are committed to a complete deconstruction of music to a spacial collection of the most essential and critical emotionalities necessary. From 2018-2021, Thomas has recorded with Paris Pals, a Paris based contemporary jazz funk collective headed by Franklin Clark Magnuson and Paul Caro of Strandtuch.

Thomas began his professional career at the age of 15 in a Wallace, Idaho, a small Idaho mining town as the drummer for Jack and the Weasels, covering early 1970s classic rock of Led Zeppelin, Blue Oyster Cult, Edgar Winter and Foghat.

After his first gig in a bar full of bikers, miners and loggers ended after only 1 hour, with a stabbing only five feet from the bandstand, Thomas was determined to leave the small town behind,

Thomas moved to Boston at the age of 18 and was accepted for ensuing five years of classical training as the only private student of Fred Buda, principal percussionist and drummer for the world famous Boston Pops Orchestra and Boston Symphony Orchestra, and accompanist for Sarah Vaughn, Frank Sinatra, Sammy Davis Jr., Chick Corea, Patti Labelle and Buddy Rich.

Today, Thomas is based in London and is represented exclusively by SW London Music.