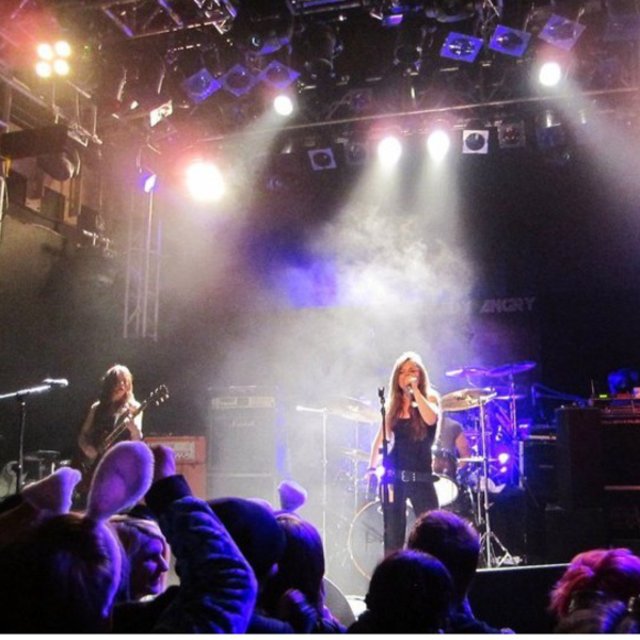 Founded by an artistic partnership between two fiery sisters, the Velvetines have developed a big stir in the North London scene that over the last two years has become their home turf.

After a catalogue of belting gigs - regularly packing out venues around North London, raising £700 for the charity REFUGE! at the O2 Academy Islington, and even managing to pull big crowds as far as Concorde 2 in Brighton - the band decided it was time to step into the studio and capture some of the passion, sweat and sex appeal that their live performances have become renowned for.

The single sees an awe inspiring encapsulation of the energy found in their live performances. The pedigree of producer Fran Ashcroft has been put to full use to retain the raw, gritty essence of the band, while maximising the tragedy and sensitivity of their sound.

As Surface Unsigned competition Judge Stacey Peralta described The Velvetines: “It was dirty, it was filthy, it was paradise, there was a flurry of leather and hair as the smouldering lead singer Gina oozed sex appeal, and brought all the powerful elements of the band together. You’re filled with a sense of the dying young, leaving a trail of broken bottles and cigarette smoke behind you.”

Following the release of “Without Me”, The Velvetines plan to get back into the studio in August of this year to record four more tracks to make up an EP. The band also plan to extend their fan base outside of London and reach a greater number of ears throughout the country, with a new set of gigs in the coming year.

One thing is for sure: if the studio work gets any kind of the stir that the band have had from their live shows, you can bet that The Velvetines mix of hard-edge rock and catchy tunes will be an unstoppable force that just gets dirtier, raunchier, meaner, and better.

Screen name:
The Velvetines
Member since:
Jan 08 2008
Active over 1 month ago
Level of commitment:
Committed
Years together:
3
Gigs played:
Over 100
Tend to practice:
2-3 times per week
Age:
37 years

Vocals: Gina
Guitar: Bernie
Drums: Leslie
Bass: Could be you