The Pre-Amps + Band in Newcastle upon Tyne, EN 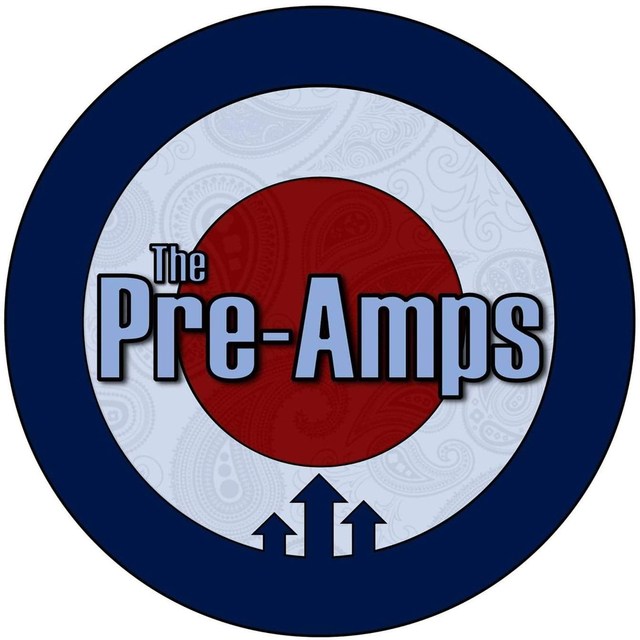 The Pre-Amps are a 4-piece British 1960s-influenced Pop/Rock band from Newcastle upon Tyne, England.

They specialise in performing covers from the 1960s, covering the likes of The Beatles, The Beach Boys, Small Faces, The Who, The Kinks, The Hollies and The Monkees to name but a few, whilst combining distinctive 1960s-style vocal harmonies and retro Rock & Roll instrumentation to create a real nostalgic experience that’s sure to get you up dancing!

Known locally for their impressive vocal harmonies, The Pre-Amps have made a big impression on the North East music scene since touring the local pub/club circuit and spent time furthering this in the North West during 2017-2020 whilst studying Music Production at Edge Hill University in Ormskirk, Lancashire. The group is currently playing regularly at various venues around the UK, mainly focussing on social clubs and holiday parks where they are gaining a positive reputation as a hard-working, professional and entertaining live act.

They gained great exposure after playing on the front stage at the world-famous Cavern Club, Liverpool for the first time in March 2018 and supported the Small Fakers in the Cavern Club Live Lounge in March 2019, subsequently being asked to return by the venue on several occasions.

The band’s self-produced 2017 and 2019 ‘Covers’ albums have been received very well and have been highly praised worldwide for capturing the essence of the times and reminding people of “the good old days”.

The Pre-Amps’ first original single ‘Doesn’t Change’ was released on The Label Recordings on 19th December 2019 and has received a great deal of national airplay on BBC Radio Newcastle, BBC Radio Merseyside and BBC Radio London to name a few as well as various local radio stations. The track has also gained numerous positive reviews and online press coverage.

Debut single 'Doesn't Change' OUT NOW on all music platforms (Spotify, Amazon Music, Apple Music, Deezer, Napster etc.) Follow this link to access the track on these platforms: https://ditto.fm/doesnt-change. Please get in touch to order your physical copy on CD!

NEW SINGLE 'Hard To Say' & 'With My Baby' OUT NOW on all platforms (Spotify etc.) Click on this link to listen now: https://ditto.fm/hard-to-say-with-my-baby
Please get in touch to order your physical copy on CD!

The Beatles, The Beach Boys, The Hollies, Small Faces, The Who, The Rolling Stones, The Kinks, The Monkees, Status Quo etc.