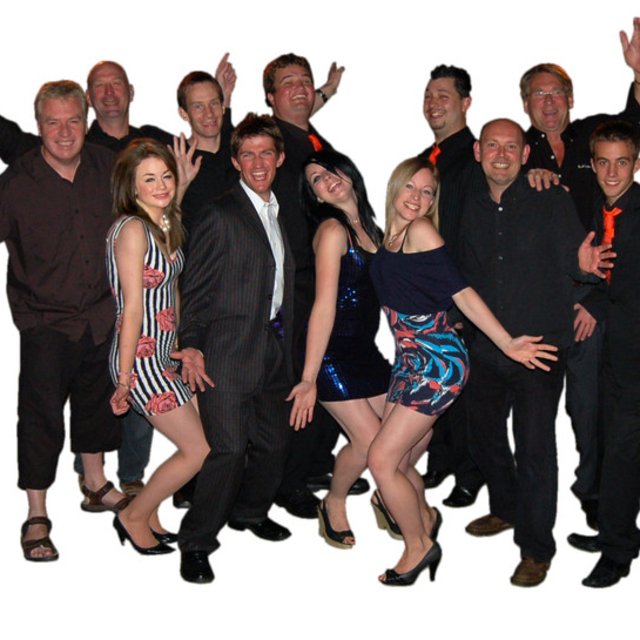 Based in the south west of England, The Loose Cannons Band is an emerging Devon party band receiving much acclaim from their live shows. Their strength is in appealing to a wide range of people, from the older generations to younger audiences â€“ everybody loves to dance and sing along and everybody has a good time! The band play an eclectic mix of soul, ska, dancehall, rock, pop and funk, mainly covers but with some originals scattered in the set.

Comprising of 12 members including three vocalists, a five piece brass section, bass, rhythm guitar, keyboards and drums rhythm section, the Loose Cannons produce a rich and full sound, combined with a high quality sound system and highly experienced soundman they are a band to catch!!

The band members ages range from 19 (Dom on trumpet) to 60 (Sue on saxophone) â€“ what better way to appeal to a range of audiences? Proof of the pudding lies in the fact that they have played at festivals, community events, balls, weddings, parties (including separate 21st and 65th birthdays) and family events - ages across the spectrum.

If you are considering hiring band look no further! The Loose Cannons Band can provide you with a professionally handled, worry free evening event.