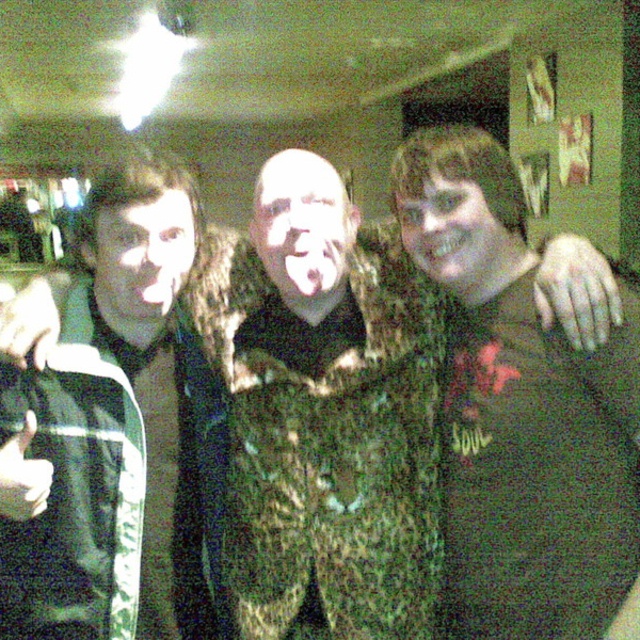 Bradford is an uneasy mix of low pay and high expectations. The sky is often grey and so are the pound shops. The analog bombs are a scruffy bunch of misfits who appreciate the better things that are often overlooked by the hoi polloi. We likes beer and jokes and lyrics and are proud of what we do, and our city. Scratch the surface and youâ€™ll find a thriving underground of people who love music, all types of music, and weâ€™re dead glad to be part of that scene. We sound like a drunken mix of baggy indie, Ska and 60's psychedelia all held together by beer, tabs and graft. We all loves it though, even though it may not seem that way what with the arguments and such, Hell we even split up before we did the demo. But after the beer haze had cleared, and with the clarity of hangover everything was alright again. Well apart from Danny being to drunk to play the tambourine. leechampionhouse@fsmail.net

Screen name:
the analog bombs
Member since:
Feb 03 2010
Active over 1 month ago
Level of commitment:
Committed
Years together:
8
Gigs played:
Over 100
Tend to practice:
1 time per week
Available to gig:
2-3 nights a week
Age:
44 years

vampire weekend, ska, african, dead gold. kinks ans 60's
Here's some quotes as to what people think of us....

"....they set the night off with sixties inspired psychedelia and ska. I love this band because they love what they do and they do it for a laugh, no pretension here...." - Sandman Magazine

"...then the Analog Bombs took to the stage, with their ska-inspired punk indie. With singer Ben swaggering about the stage, the band provided a perfect backdrop for all those lazing around in the sunshine..." - The T & A