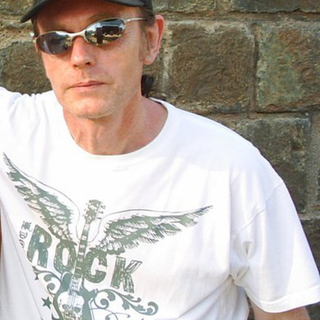 Steve Wheatley - Drums/Percussion/Vocals Born in Newcastle upon Tyne, he started playing drums at 12 years of age, studying rock, jazz, blues, funk, soul, pop and many other styles of music and joined his first band when he was 14 years old. Steve performed and/or recorded with a variety of artists covering a wide range of musical styles, such as 'Dead Ringer for Meatloaf', 'The Booze Brothers', 'Busker' (of "I'm coming Home Newcastle" fame) 'Foxy', 'The Movie Stars' (with Trevor Sewell ), 'Mick Whittaker Band', 'Class', 'The Flakes', 'Placebo', 'It Hz', 'Macbeth', and two of his own bands 'Back Line', and 'Marquee'. He worked as a drum teacher at Trinity, Gateshead from 1990 to 1993 with a class of 23 students ranging from 11 to 35 years old, from beginners to established drummers. Steve Wheatley also toured with a theatre act performing the 'Rocky Horror Picture Show', playing the character Riff Raff at theatres in the UK. Throughout his career Steve has backed many artists such as the Four Tops, Leo Sayer, Gareth Gates, Tony Blackburn, and Freddie Starr amongst others. Over the past 10 years he's played extensively, doing corporate gigs, holiday camps and rock venues in England, Scotland, and Wales, and worked on the North Shields to Norway Ferry, the Ventura Cruise Ship, and gigged in Germany, Spain, Isle of Man, Norway, Belgium, and Turkey.

I have many influences.