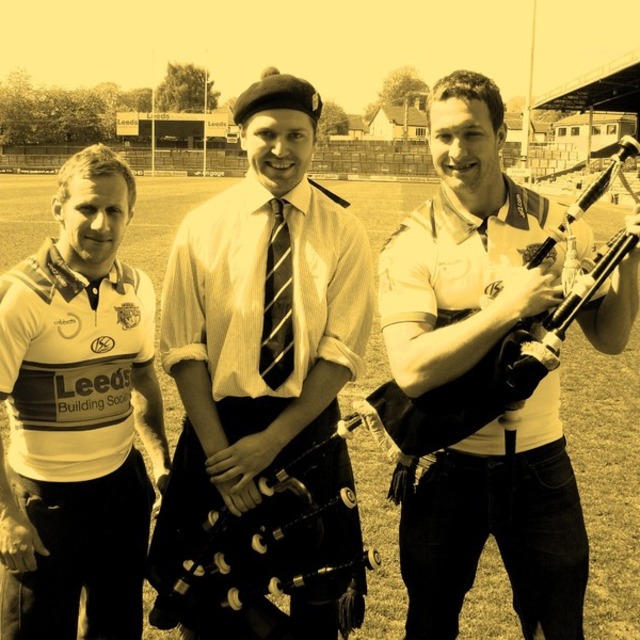 I have been playing the pipes since the tender age of 13, I learnt and was tutored by Pipe Major James Motherwell the Queens ex Piper: I am now looking for any jobs or enquiries in Leeds or the northern region of England that would require a piper.

I am currently available to play for funerals, weddings, parties, openings or any gig where my expertise would be required.

-Working with Sky Sports, and the Leeds Rhinos, including a small feature.
http://www.therhinos.co.uk/news/7210.php

-I played for the Queen at Eton alongside Pipe major James Motherwell and Charles Balfour at the Golden Jubilee, Eton, 2005.

-A performance at the Royal Albert Hall, with the Eton College Pipe Band.

-I am currently working with Co-operative Funeral company, Leeds.

-I have performed events at the Hilton and Hamilton Hotels.

-I am also a member of the Peterborough Royal Highlanders Pipe Band.

TO BOOK- call my manager and agent.